This pen has been lovingly used.  It is equipped with an 18kt Broad nib.  It does come with a Pelikan box, however it is not the original box. 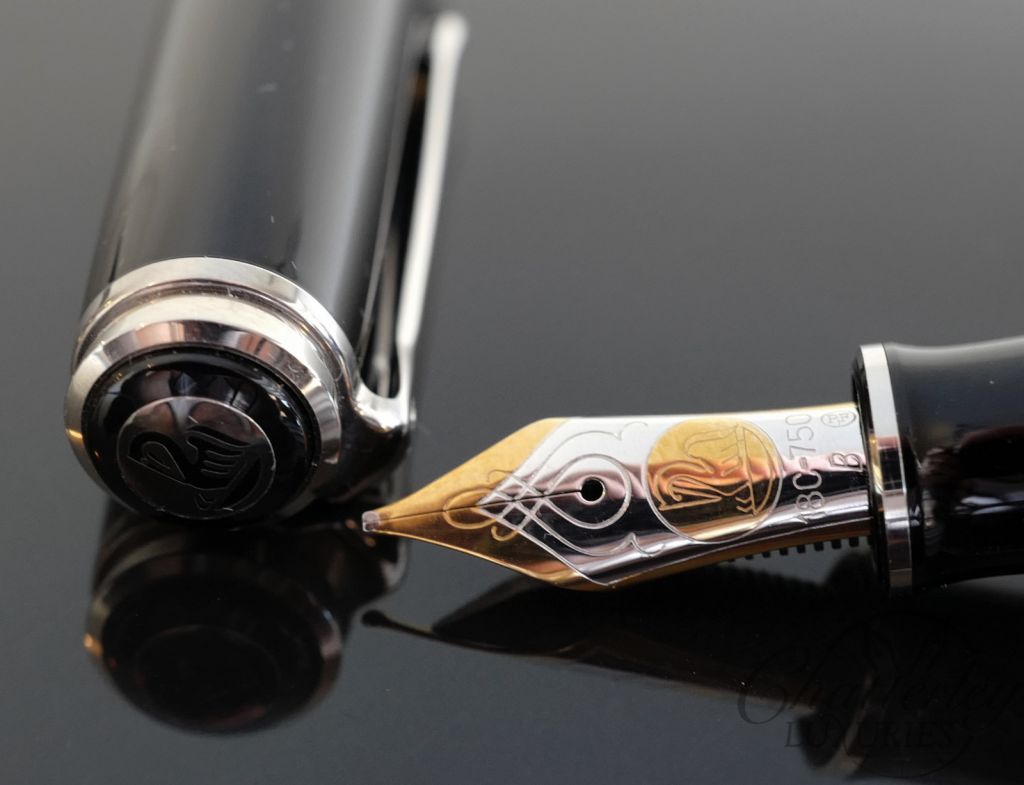 In 2011, Pelikan launched the small Toledo (710) in silver with much success, so that the large model 910 is now following suit. The art of working with Damascus steel goes back thousands of years. It means that steel or iron objects are decorated by engraving a pattern into the surface. This technique was brought by the Arabs into Spain.

In the year 1931, Pelikan launched the very first Toledo fountain pen. To this day, the Pelikan Toledo is an expression of the highest degree of exclusiveness because the tiny engravings in the motif are made by hand. Due to the high amount of work, a maximum of 200 pieces can be created per month. Each piece is signed and individually numbered by the master craftsman who created it.

Contrary to the standard collection in gold, this Special Edition shows the decorative sleeve in its shiny Sterling Silver surface and with a different motive. The large size of the model 910 is perfect for people who like to write a lot as they don’t have to refill their fountain pen often.

The rings are also made of Sterling silver, while the clip is made of German silver. Both the rings and the clip are covered with a protective sheen of palladium. The nib is made of 18 carat gold and completely covered by rhodium to get a silver sheen. Each fountain pen comes inside an attractive gift box and with a booklet.