This pen has been lovingly used.  It comes complete with box and papers.  It is equipped with an 18kt Medium nib that has been modified to a custom BLS (Butter-line Stub) by Pendleton Brown. 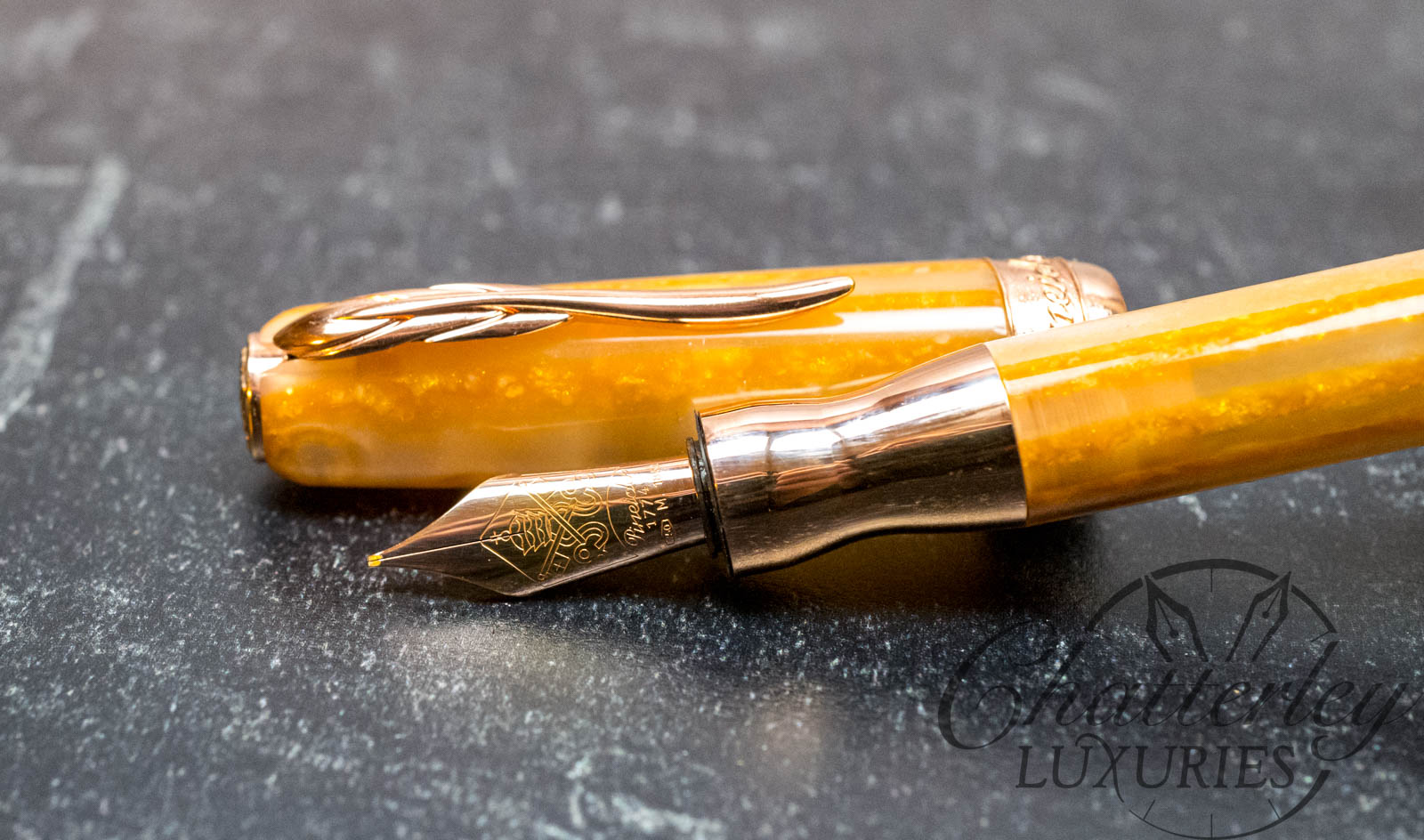 Pineider history dates back to 1774, when Mr. Francesco Pineider opened his first shop in Piazza della Signoria in Florence, Italy. Pineider soon became a benchmark for those who love the exclusivity of prestigious hand-made products, such as personalised leather goods and the hand-engraved stationery, printed on the finest papers. Now Pineider  is working Famous Italian designer Dante Delvecchio to create writing instruments. Dante has been an innovative mind for Fountain Pens for decades. The Grande Bellezza is just the first of many pens from Dante at Pineider and these pens will be collectable in years to come as the first pens he designed with Pineider.

The keys of heaven

The keys of the kingdom is a Christian concept of eternal church authority. It was established in the 1st century A.D., initially through St Peter, then through the rest of the 12 Apostles. The latter, continuing with the early Church Fathers, would eventually comprise the early church and its doctrine. It is this authority, having been given the keys,  that subsequent doctrinal points have been built upon. The authority with the keys can be literally traced to one passage in the New Testament, where Jesus mentions them first in response to St. Peter answering a question, and secondly in speaking to a group of disciples. In these two Instances, the concept of authority follows having been given the keys of the kingdom of heaven, and regards loosening and binding things on earth, and thus, having loosened and bound the same in heaven. A third authority regarding sin is seen without mentioning keys in John 20:23. Not all adherents to the faith in the risen Jesus Christ follow the further doctrinal concepts of sole authority held in any particular church, organization or individual today. One view is that the keys were used for a specific purpose and at a set time; namely at the Day of Pentecost —the baptism of the Holy Spirit. There is much debate regarding the further doctrinal base the church’s leadership established in the early centuries. Many subsequent Protestant denominations and religious groups today, including The Church of Jesus Christ and Family international, believe to also hold this authority to further doctrine. In the Mormon Church, the concept is strongly tied to the priesthood keys held by the president of the Church and their Quorum of the Twelve Apostles.

The Key of Heaven, Limited Edition.

The pen belongs to the family collection “La Grande Bellezza” that is with no doubt one of the keys to heaven!

What is more eternal than beauty!

The material is made from many stratified layers of resin, bonded togheter in white and gold color. Since the fall of the Roman Empire the Goose Quill was the main writing instrument. The civilization of the modern World was written with the Goose Quill, from Magna Charta to the American Declaration of Independence. The Gigas Codex, the greatest book of the Middle Ages, which required 30 years of flawless work, was called “The Bible of the Devil” because of the hard work needed to complete. Esoteric sources associate the Quill with hope, balance and good luck.

The Goose Quill, chosen by Pineider as its distinctive trademark, is interpreted freely as a function of each pen destined to receive it, fulfilling the fundamental function of holding the pen and allowing it to make a beautiful showing of itself. The Pineider Quill will so become classic, young, technological, futuristic, always respectful of the principles of “Human Design”. A bouquet of Quills will express all the creativity of the Pineider Brand, always fitted with an impeccable mechanism, which will facilitate its use on any type of fabric. In Pineider’s patented system, Twist magnetic lock, the position of the magnets permits soft opening and even more satisfying closure, allowing you to open the pen gently or else to watch it roll between your fingers until you hear the closing click.

The Key of Heaven is shipped in a unique gift box that includes a sample of Pineider luxury stationery cards and envelopes, and bottles of Sepia and Dark Red ink. 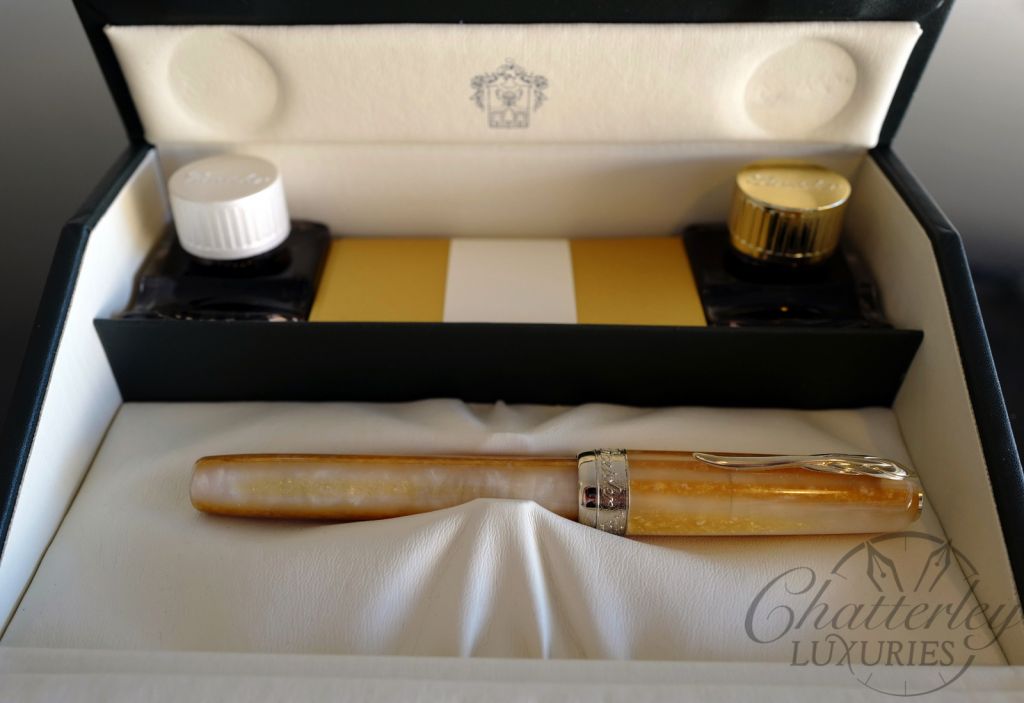