In 1991, Stipula presented “Etruria,” a fountain pen named for the ancient land in which it was created. The ancient Etruscans settled these lands, now known as Tuscany, where they practiced their sophisticated metal casting techniques, creating objects that are the essence of craft excellence.

This pen is for sale via consignment here. This pen was created by Stipula for the FPN (Fountain Pen Network). There were a few versions made for the FPN, this is the Blue version pen with Silver trim and a piston filler. 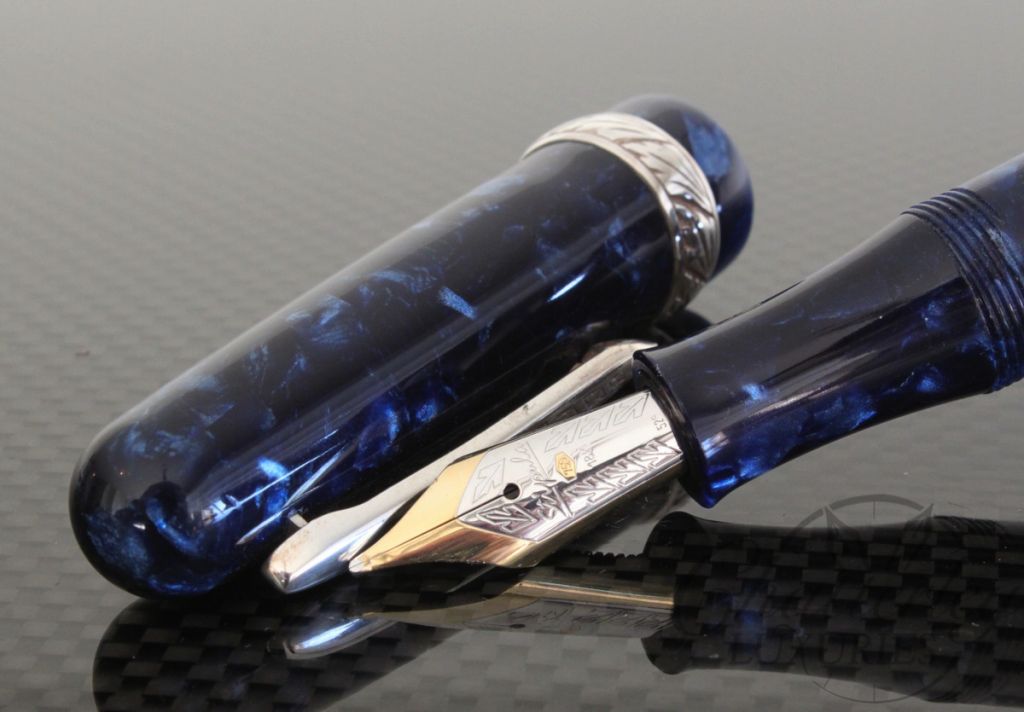 This pen has been lightly used, but still in good condition. It comes with box and papers.