Philosophy is written in this grand book – the universe – which stands continuously open to our gaze. But the book cannot be understood unless one first learns to comprehend the language and interpret the characters in which it is written. It is written in the language of mathematics, and its characters are triangles, circles, and other geometrical figures, without which it is humanly impossible to understand a single word of it; without these one is wandering about in a dark labyrinth. Galileo Galilei – *The Assayer*, 1623. Stipula has often paid homage to great artists and scientists, both classic and contemporary, through superb writing instruments inspired by their best works. Given the opportunity to honor the father of science, having played a major role in the Scientific Revolution, Stipula knew that only a skeleton pen could represent the free spirit of exploration of Galileo Gallilei. This special edition is made of transparent blue resin with overlay in either rose gold vermeil or matte sterling silver and clear resin with shiny sterling silver or gold vermeil overlay, (seen below) the overlay depicting the geometric figures Galileo found in nature and also transferred to his instruments. Only 193 pens of each style are available. The MSRP on the Stipula Galileo Skeleton Limited Edition Ballpoint Pen is $395

Also available a Limited Edition version of this pen as a fountain pen.

Currently the Matte Silver with Blue and the Rose gold with Blue are sold out. 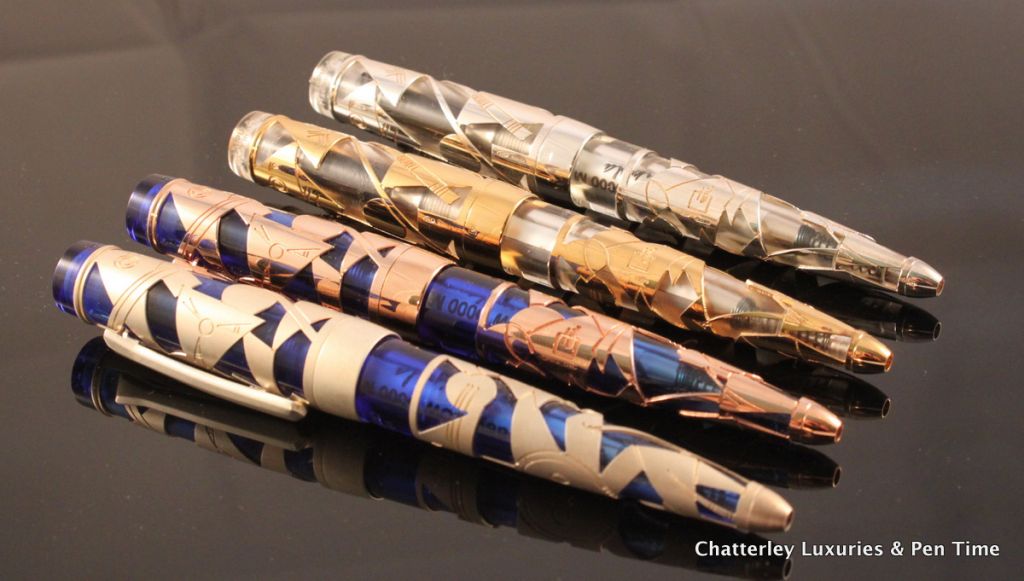