This pen has been lovingly used.  It is equipped with a 23k Palladium Medium nib.  It does not come with box or papers. 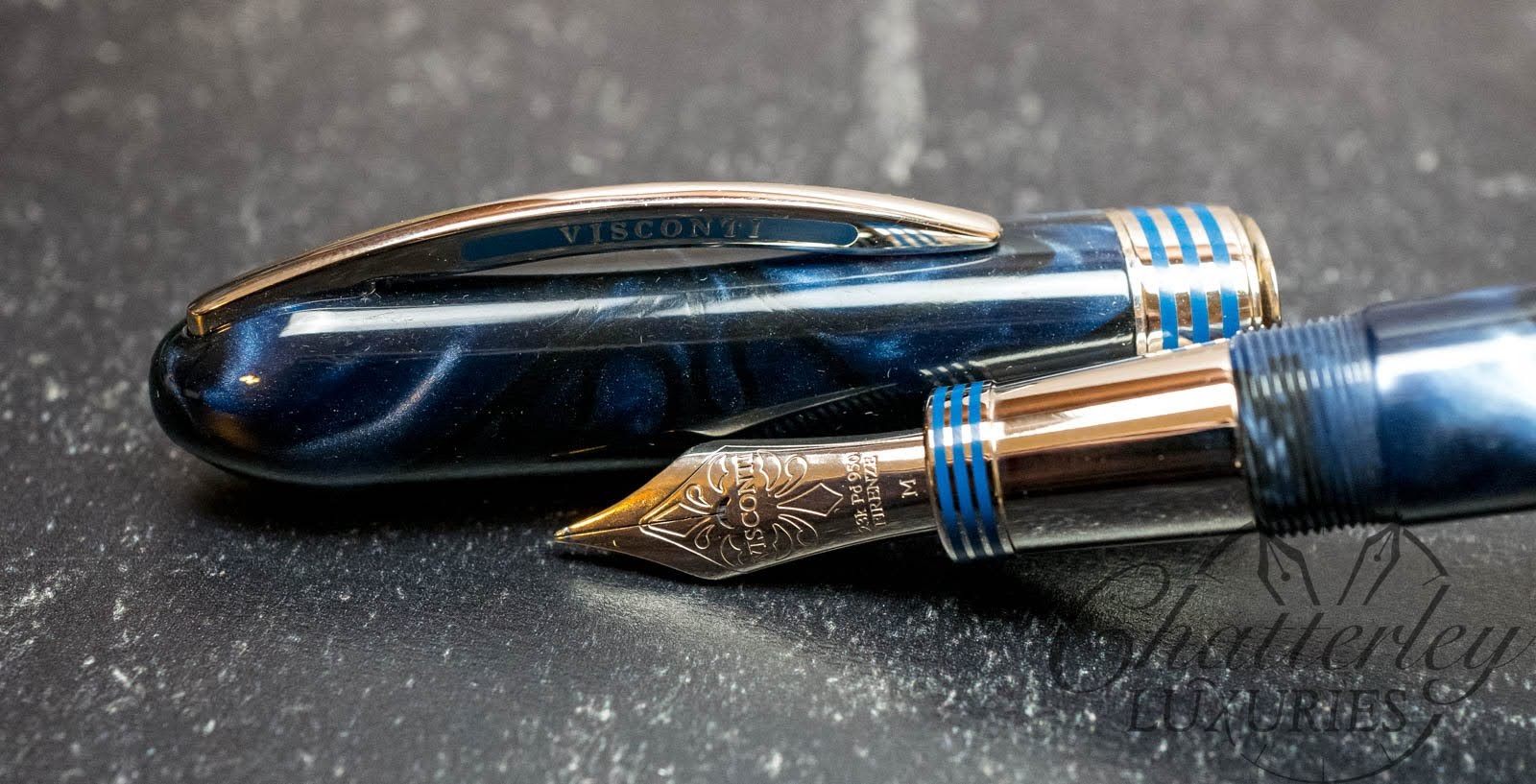 The newer Saturno Collection is based off the old style Van Gogh, one of the most popular models Visconti has ever produced. And still coveted and searched for by collectors and users worldwide.

The pens central band and grip section are each adorned with 3 enameled rings, reminiscent of the rings around Saturn. The Visconti name written across the pen clip is also enameled the same color as the rings.  The Saturno collection is designed for daily use. The fountain pen fills using the luxury Visconti converter included with each pen.