Up for sale is a British Bespoke pens Walnut Churchill Anniversary Edition Pen. British Bespoke pens is the company that bought all the parts from Conway Stewart after they went out of business. So although, not a company anymore, this pen is made of of the already made parts from the now bankrupt Conway Stewart. This pen is like new with a Broad nib.  It comes complete with box and papers. 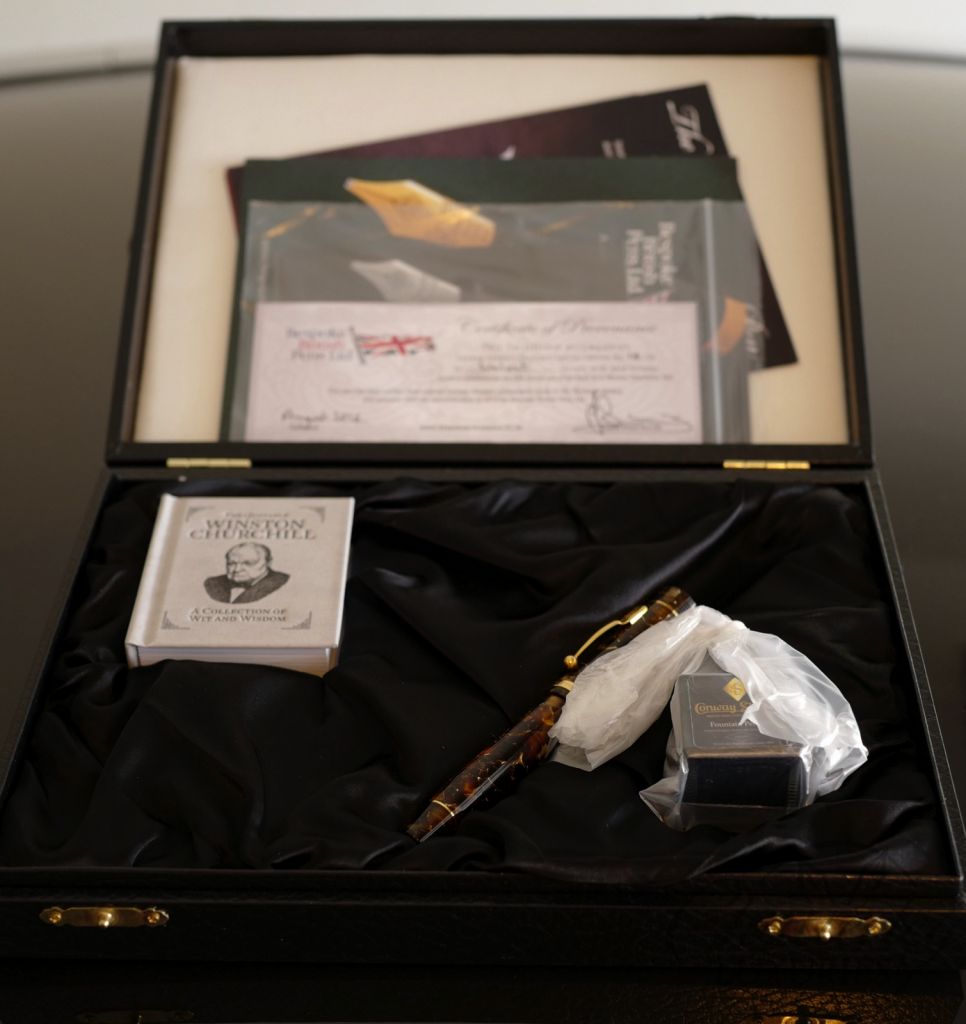 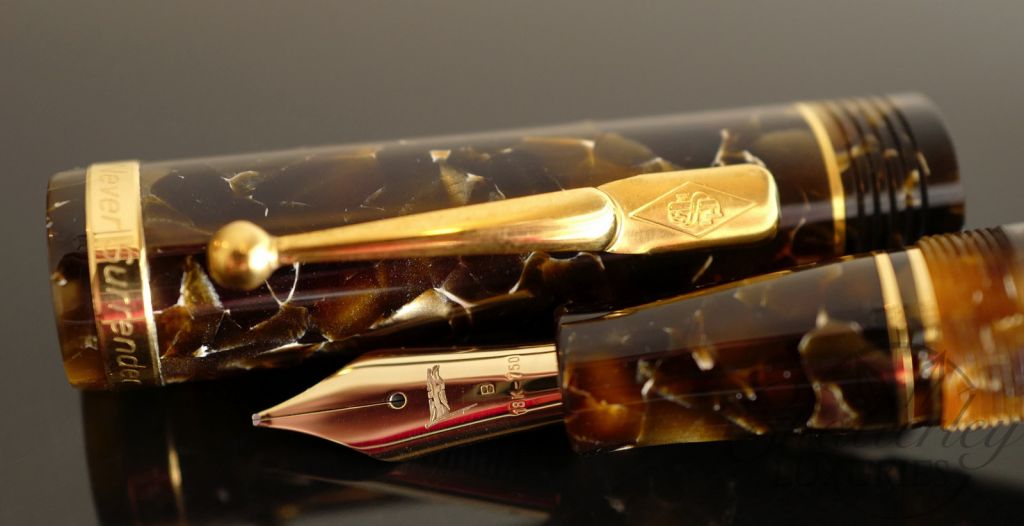 This exclusive edition of 50 Conway Stewart Churchill pens has been issued to commemorate the 50th anniversary of Sir Winston Churchill’s death in 1965. Fittingly, each pen bears one of Churchill’s most inspirational quotes, ‘Never Surrender’, engraved on the gold cap band.