This pen is a consignment pen, so it is pre-owned. It has not been used or carried, but it has been handled so there are micro scratches present.  No major scratches or issues with the pen. Comes complete with original box and papers. 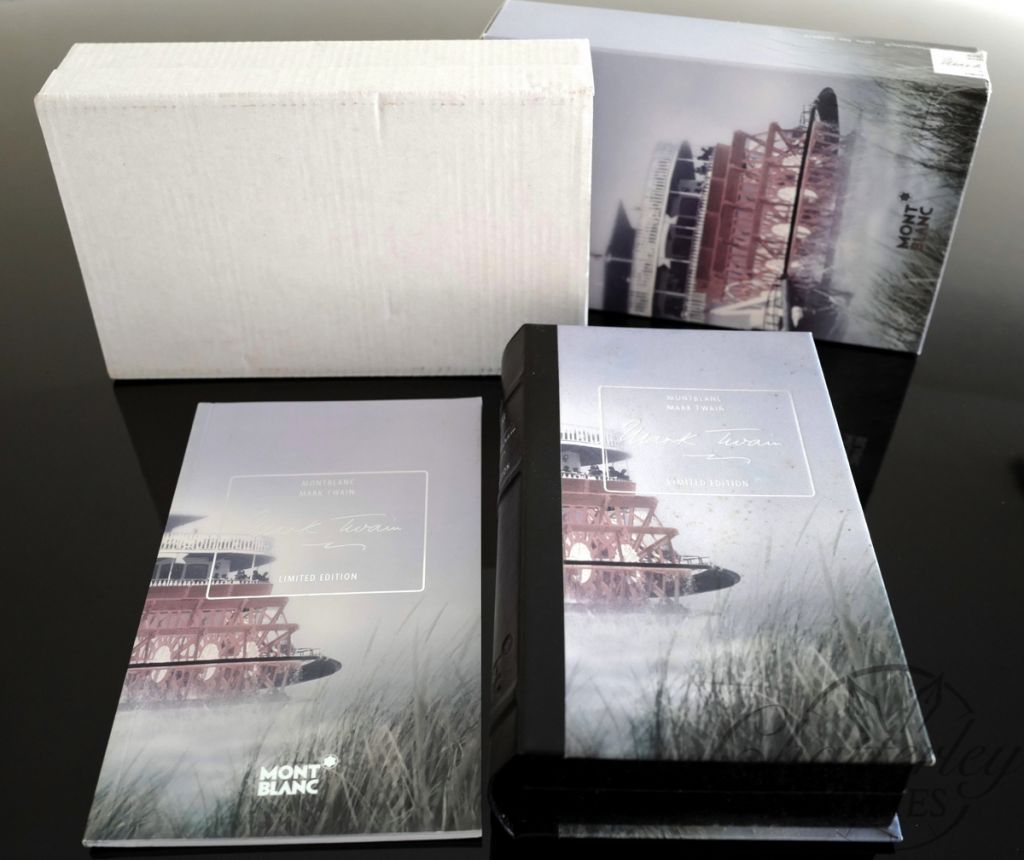 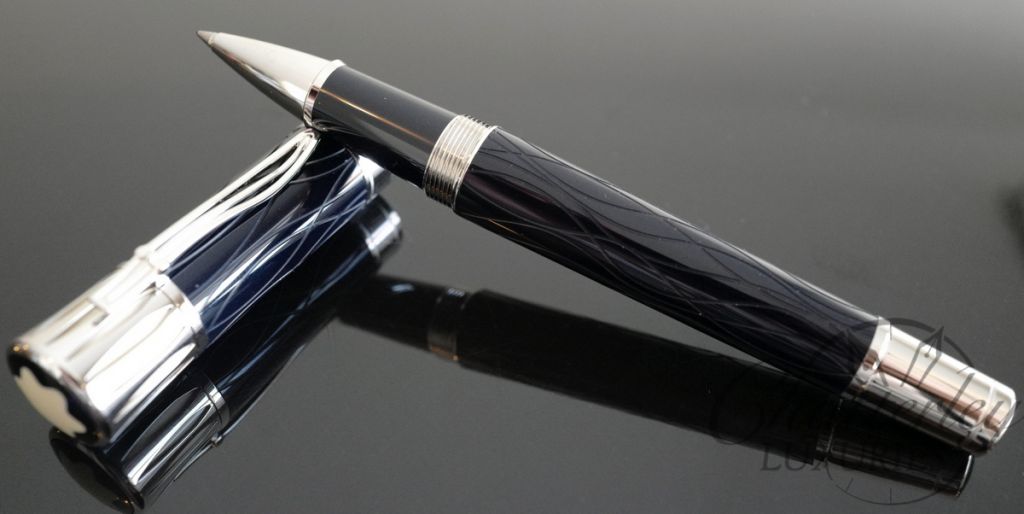 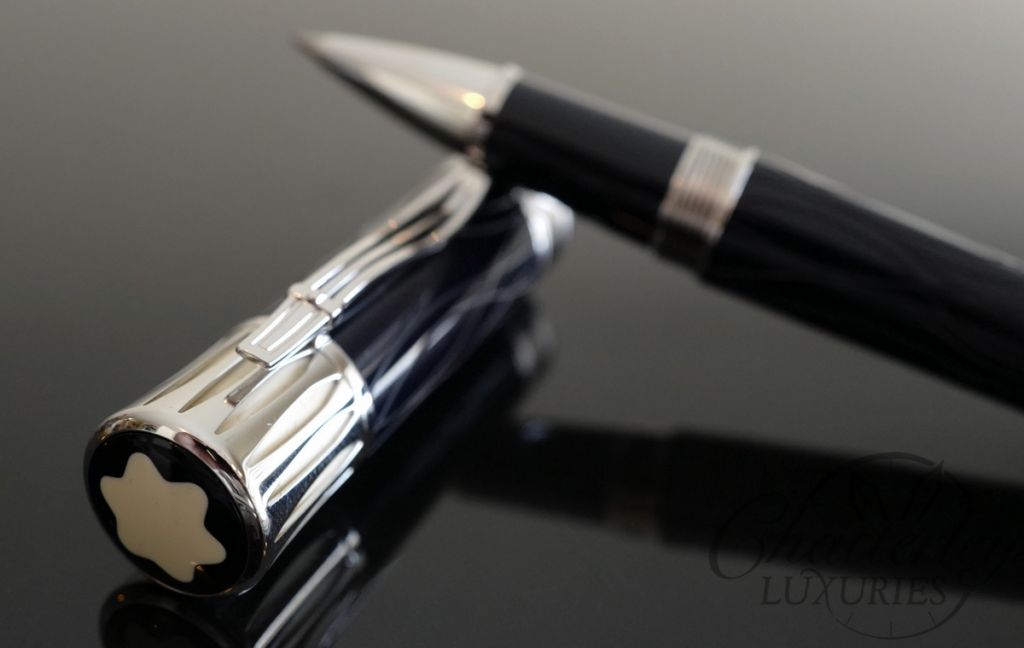 Montblanc marks the centenary of Mark Twain’s death, the great American writer who was inspired by the mighty Mississippi River. The deep-blue precious resin reflects the shallow waves of the river with sinuous curving lines. The top of the cap is shaped to resemble the Mississippi steamboat chimneys, whose steam is illustrated by ivory-colored precious resin. The clip is formed by a stylized harp, a musical instrument that was popular in the Southern states in Twain’s time. The crowning features of this unique Limited Edition are Mark Twain’s signature and the number of the pen on the cap ring.