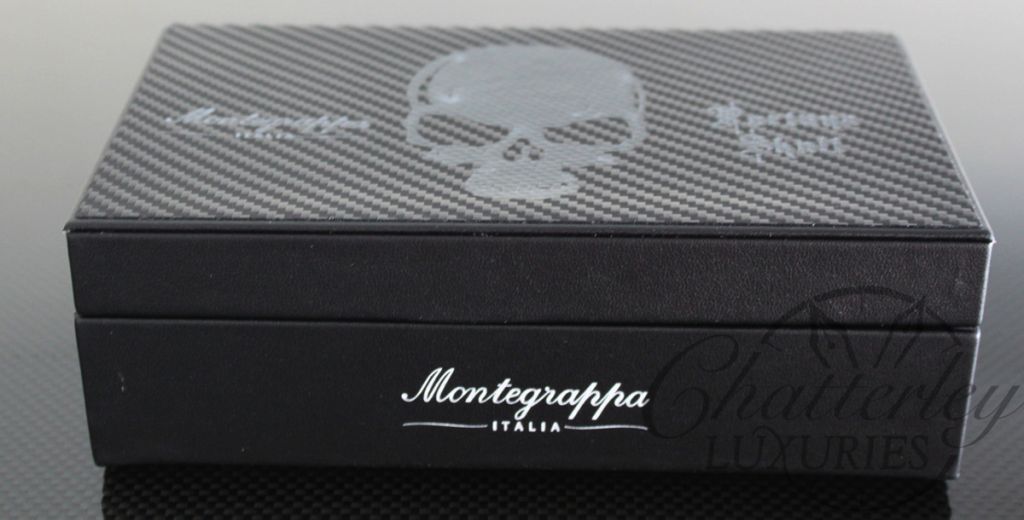 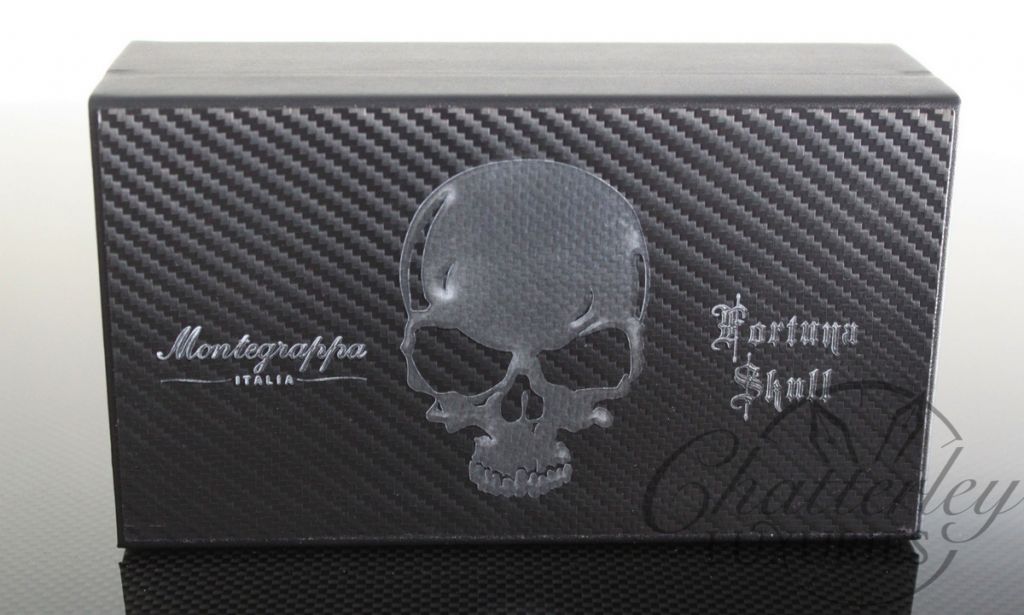 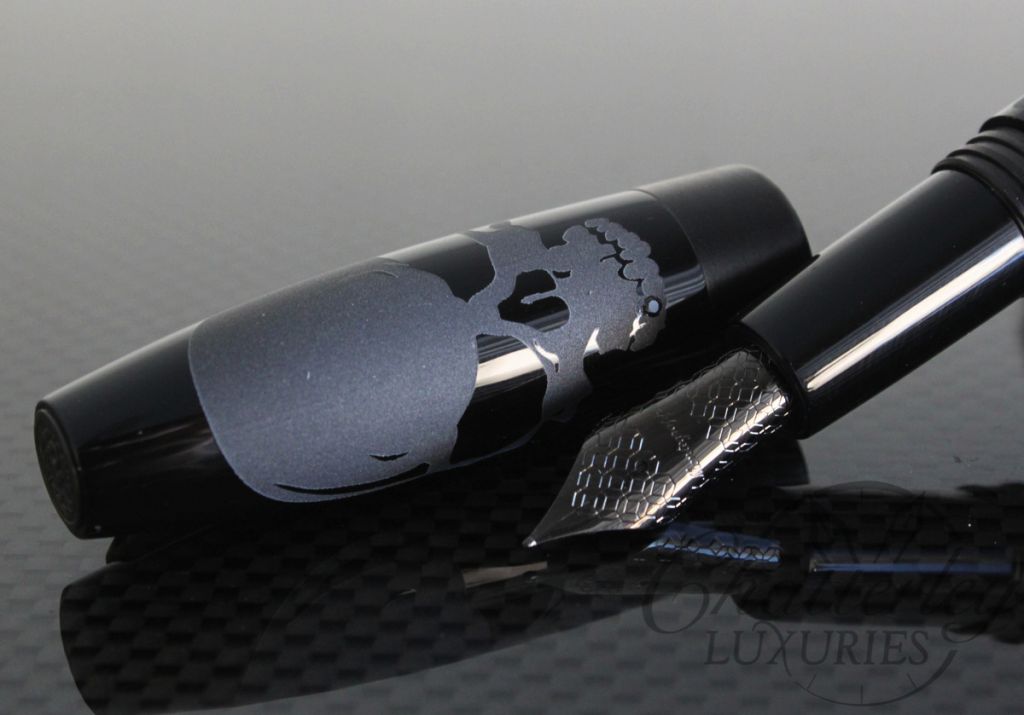 The Montegrappa Fortuna Skull fountain pen is equipped with a steel nib, plated to match the pen, in all black and this pen fills via cartridge convertor.