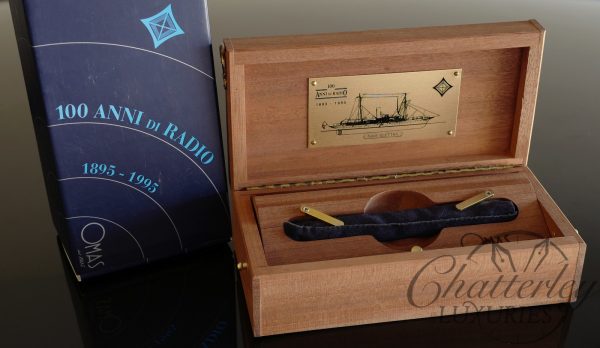 This pen is lovingly used, but in like new condition and complete with box and papers. It has a Medium nib and fills via piston filler. 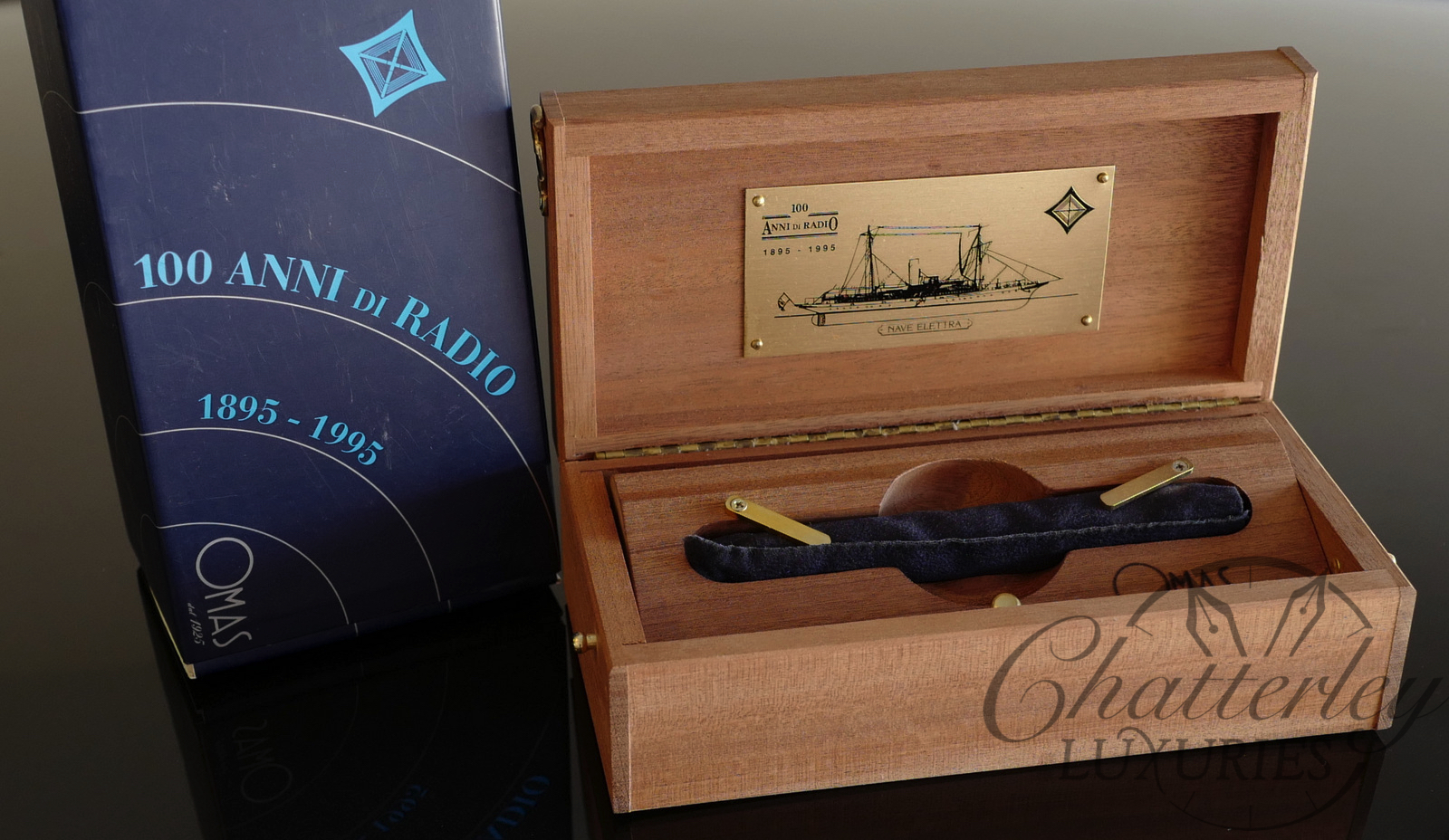 In 1895, the renowned Italian scientist, Guglielmo Marconi, shaped history by discovering the radio wave. One hundred years later, in 1995, with the authorization of the Marconi Foundation, OMAS introduced the Guglielmo Marconi 100 anni di Radio collection in celebration of the discovery of the radio.

Fashioned from dark blue vegetal resin this version was created in 1995 to honor one hundred years of radio technology. The cap and body of this pen is engraved with graduated grooves reflecting radio frequency signals. The clip is designed after a telephone key and the nib bears the official logo of the Marconi Foundation.

Deemed as the father of radio by the famous Russian scientist, Alexander Stefanovic Popov, Marconi conduced many important experiments from the ship after the England-Russia treaty in 1902. After conducting the first experiments using a magnetic detector from the ship, Marconi has the honor of meeting the Czar of Russia.

On September 9th, 1902 Marconi received the first official radio transmission in history aboard the Carlo Alberto that covered 1540 kilometers between American and European continents, the specific event OMAS pays tribute to with this rare special limited edition Marconi.