This pen has been used and is in Fantastic condition with only very minor signs of use, this pen comes with out a box. The nib on this pen is made of 18kt gold, and it is a modified Double Broad (BB), Modified at Nibs.com. The nib modification is called an Architects Point, found at the bottom of this link. 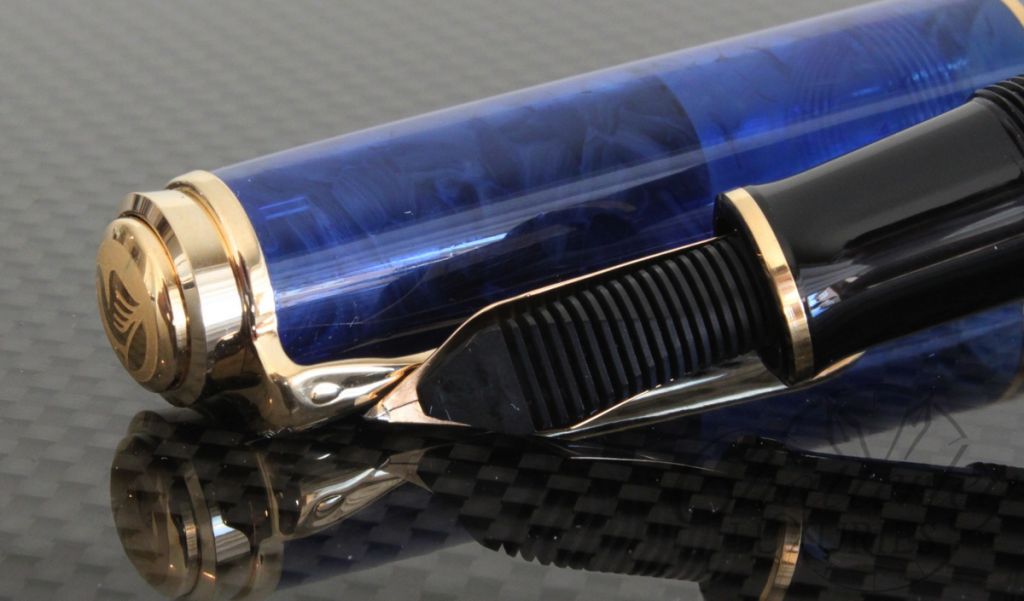 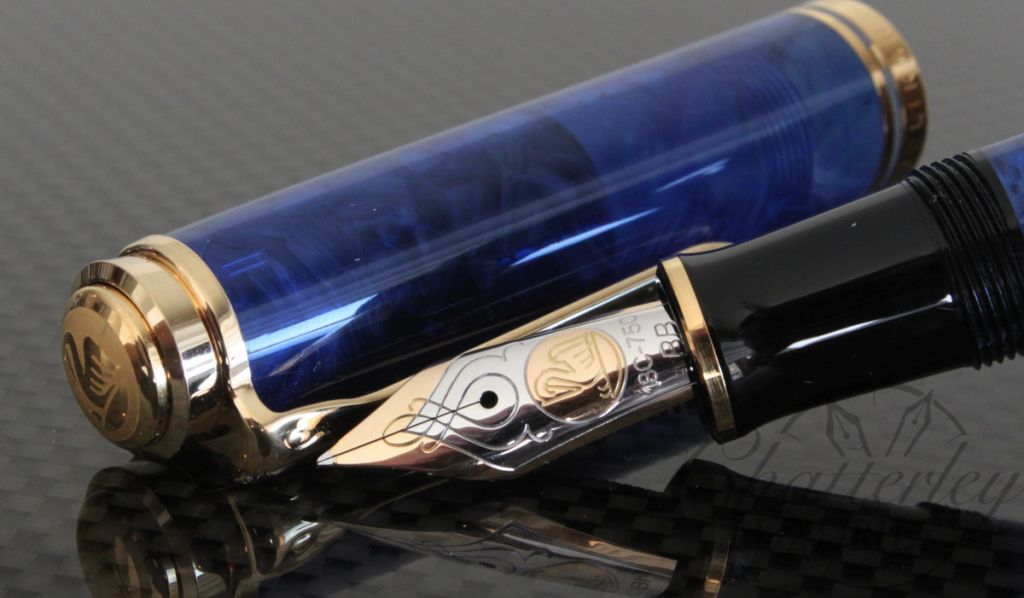 In 1950, the model 400 was launched. With its green-striped sleeve, it has become a world-wide symbol for the brand of Pelikan. In the eighties, the series was baptized Souverän, though popular lore has taken to calling it by its nickname Stresemann, because the state secretary of the “Weimarer Republik” was famous for his striped suits…

After the tremendous success of the Souverän series 405 and 805 in black-blue-silver, Pelikan has also launched the popular size 605 as a special edition.

The nib on the Pelikan Fountain Pen Special Edition Souverän M800 is a large #8 size nib, and compliments the pen wonderfully. This pen fills via piston filling system.