This pen has been used and is in Excellent condition. This pen does not a box. The nib on this pen is an Italic Broad 18kt gold nib.

In 1950, the model 400 was launched. With its green-striped sleeve, it has become a world-wide symbol for the brand of Pelikan. In the eighties, the series was baptized Souverän, though popular lore has taken to calling it by its nickname Stresemann, because the state secretary of the “Weimarer Republik” was famous for his striped suits… 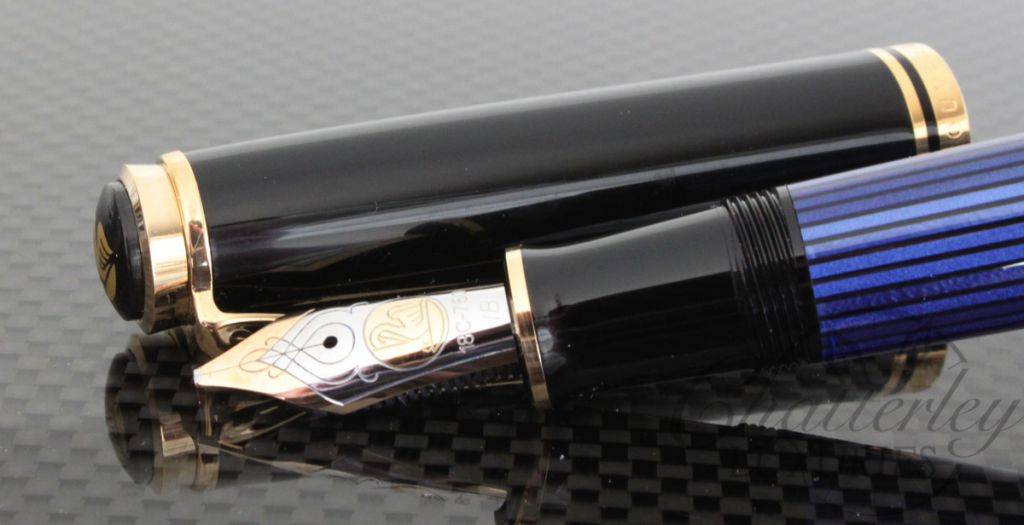