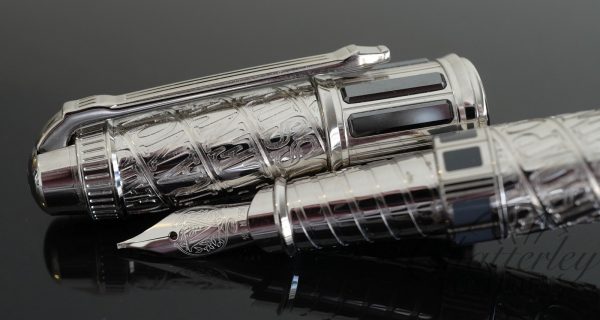 This pen is second hand, but mint. It does not come with box or papers and has a Medium nib. 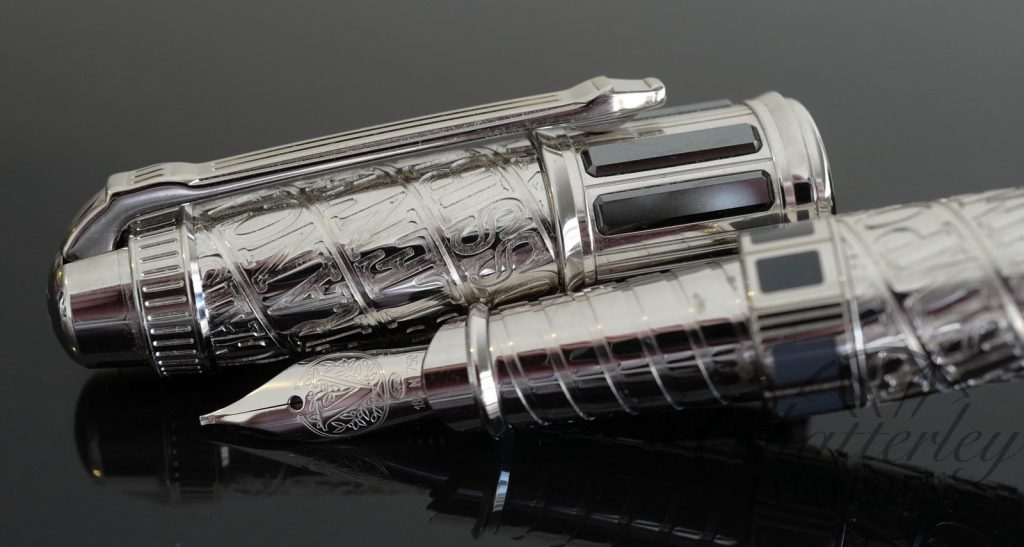 Place Vendôme, commissioned by King Louis XIV, is defined by its majestic proportions and a strong sense of symmetry, as well as by its octagonal shape, unique in the world. It is also one of the most emblematic squares of French 17th century architecture. Following his victory at Austerlitz at the beginning of the 19th century, Napoleon enriched the square by erecting the Vendôme Column, made using bronze from cannons left behind by the Austrians after the battle.

S.T.Dupont has been inspired by this mythical square, which today hosts shops owned by the most famous French jewellers, to create a new limited edition of exceptional products decorated with added metal parts, sumptuous cornices, precious hematites and the subtle colour of grey lacquer, all set off by a luxurious palladium finish. Lighters echo the appearance of the buildings in the square, while pens reflect the column. Napoleon’s famous quotation is engraved on the lighter’s roller and on the body of the pen: “Impossible n’est pas français” (Nothing is impossible for the French).

This unique Limited Edition is made of a Ligne 2 lighter, two Olympio Extra Large pens, a fountain pen and a rollerball, and an ashtray.
The lighters and pens are numbered out of 1810, a reference to the date when Napoleon erected the Vendôme Column.