This pen has never been inked.  It comes complete with box, papers, and magnifying glass. It has a 23k Palladium Medium nib with White Feed. 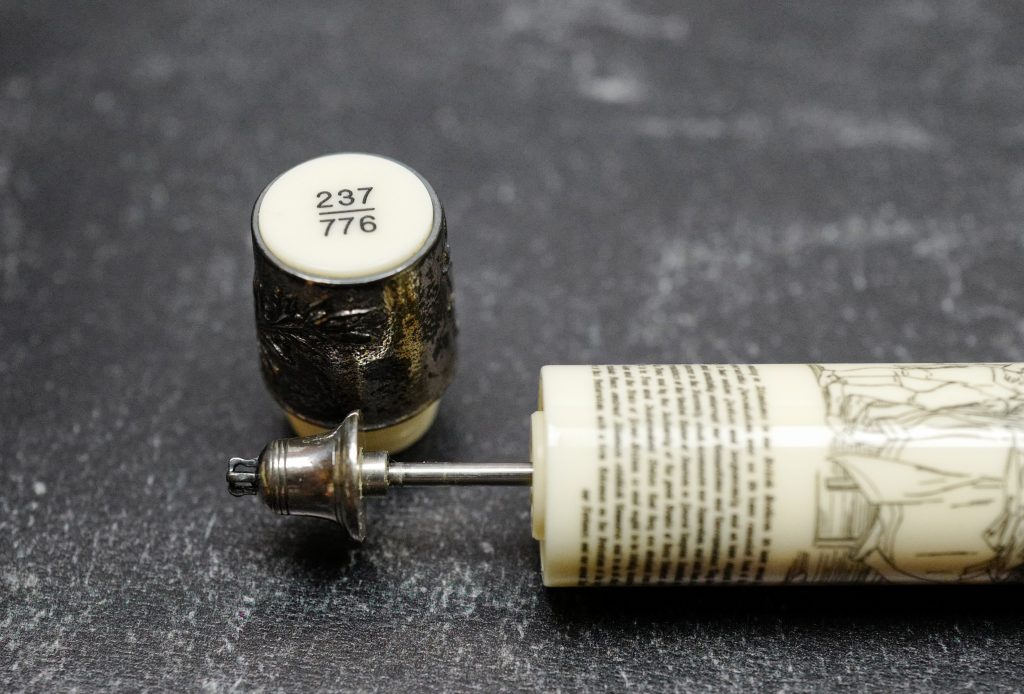 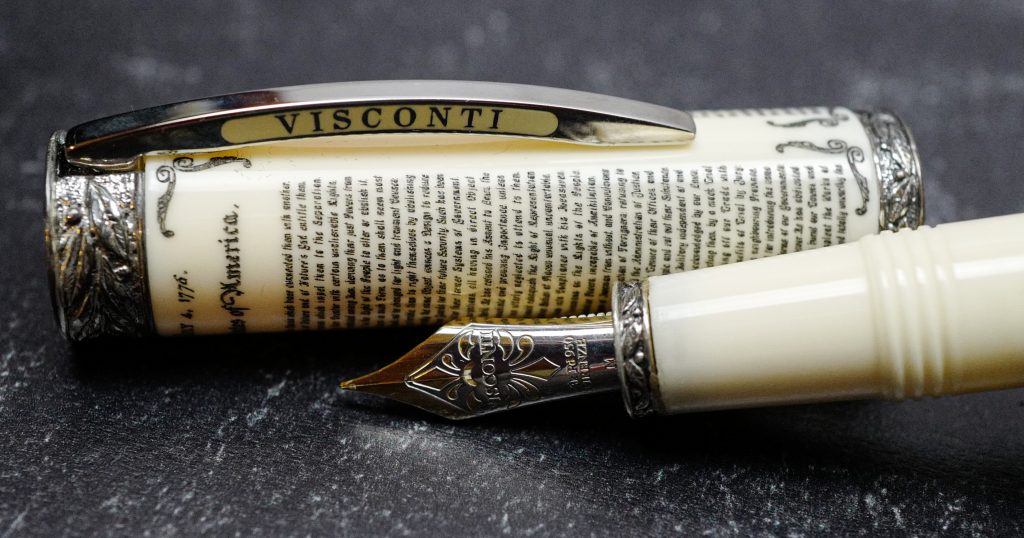 Below are stock pictures to show what it comes with and details of the pen. 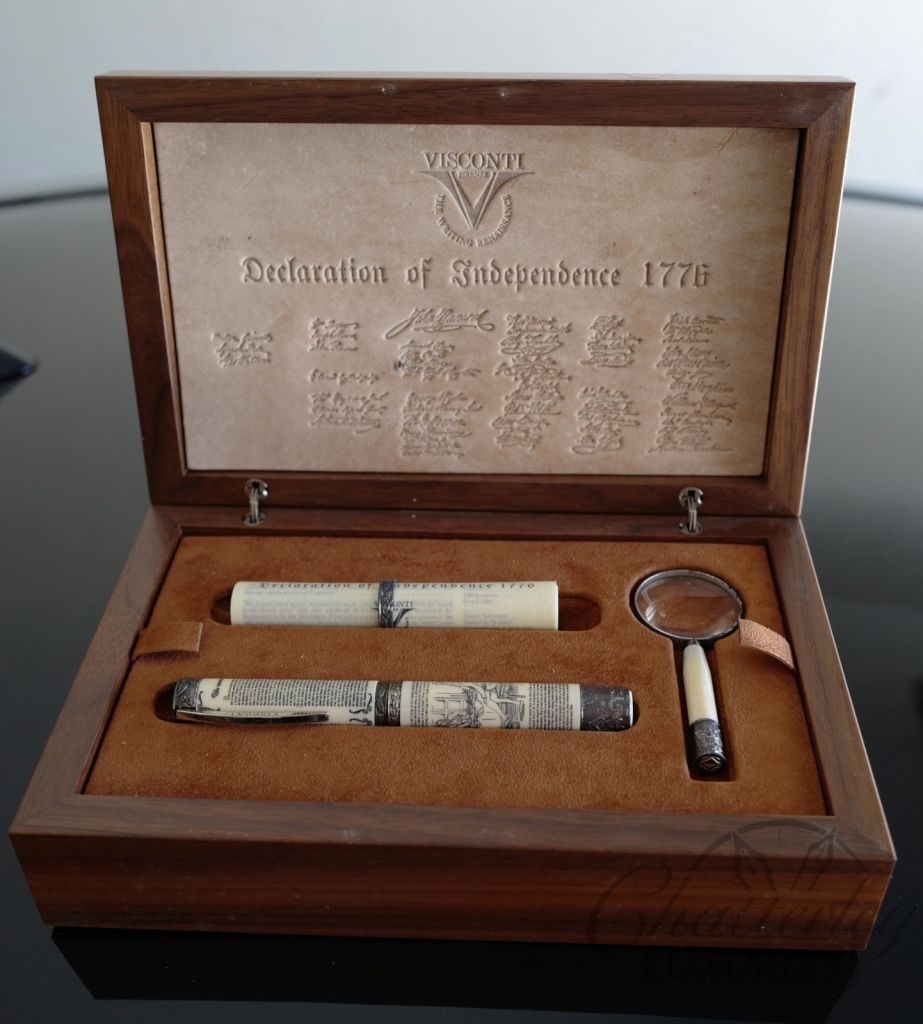 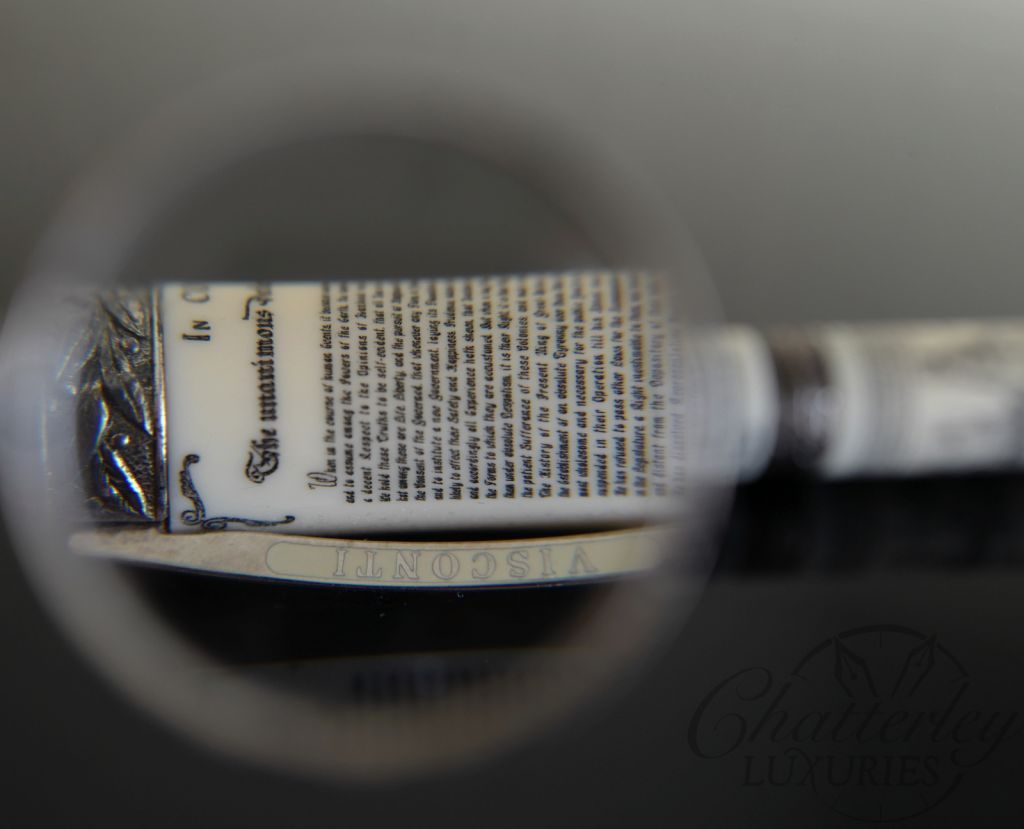 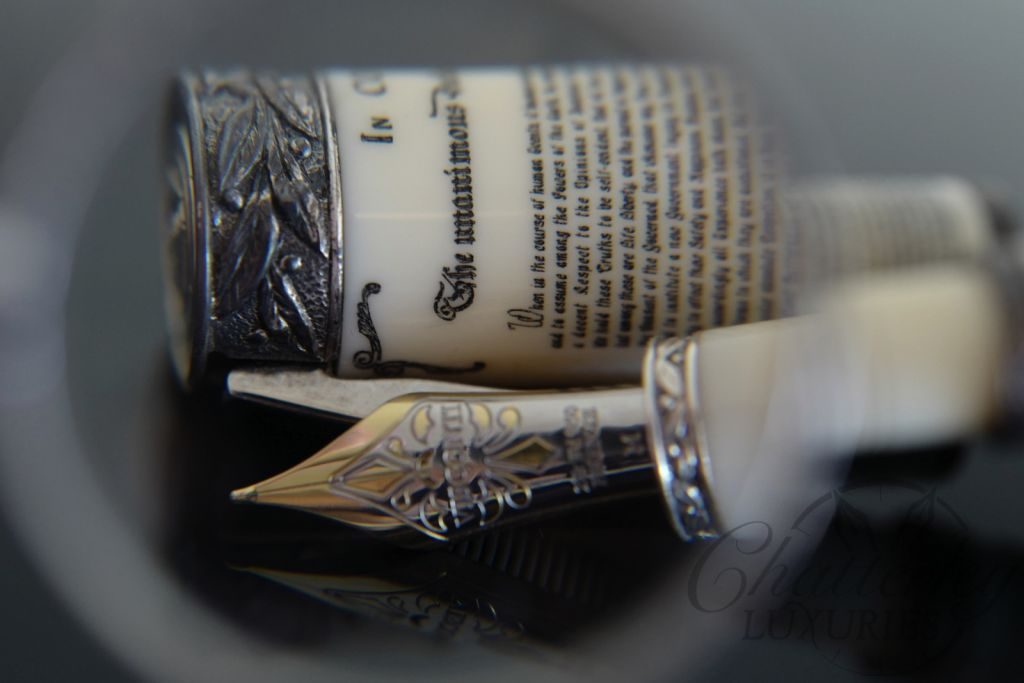 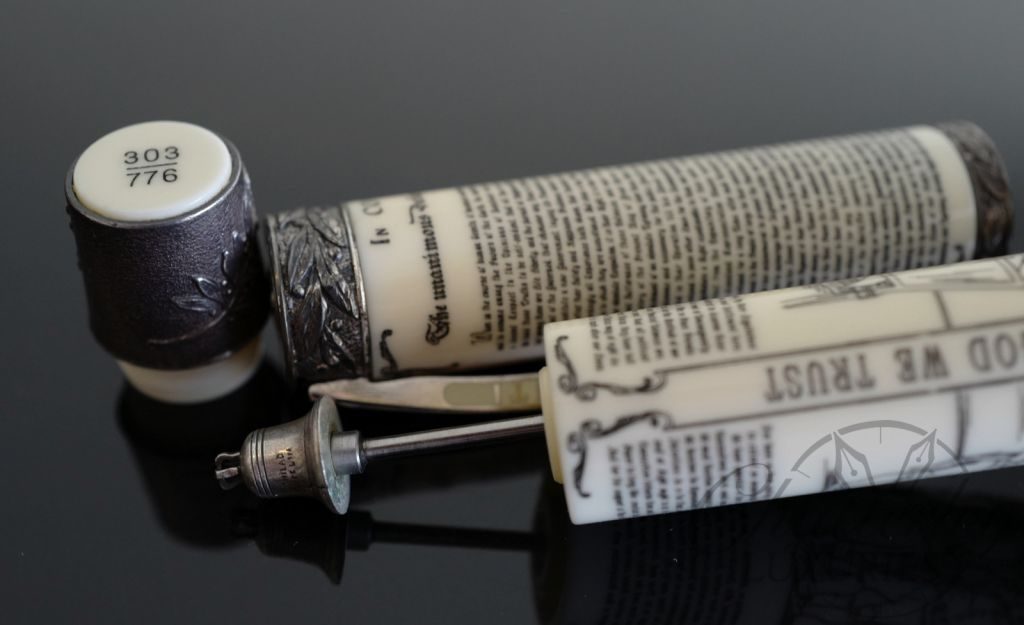