This pen is used and comes with its box and papers. The pen has a Medium nib. The pen does have some tarnish that can be polished off. We can do this prior to shipping if the owner would like. 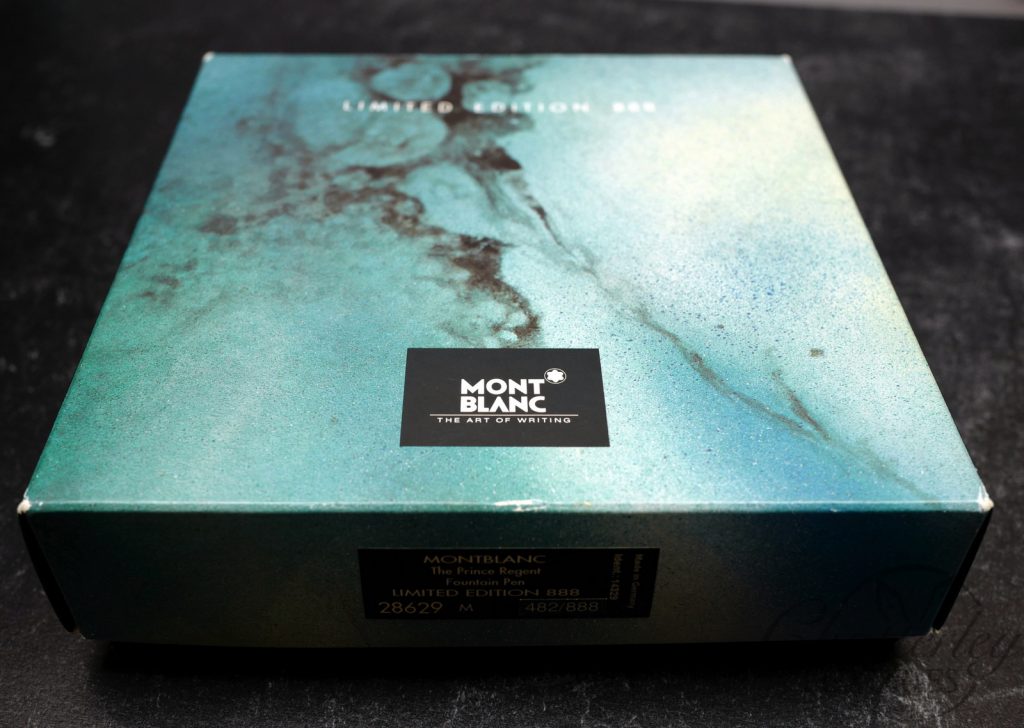 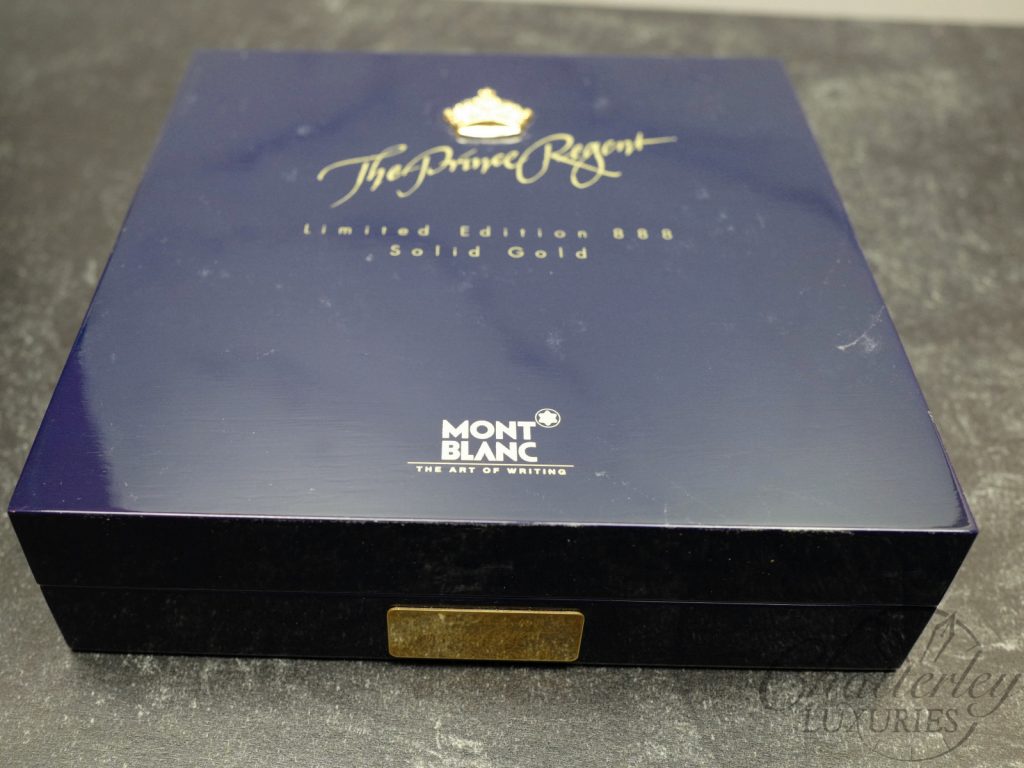 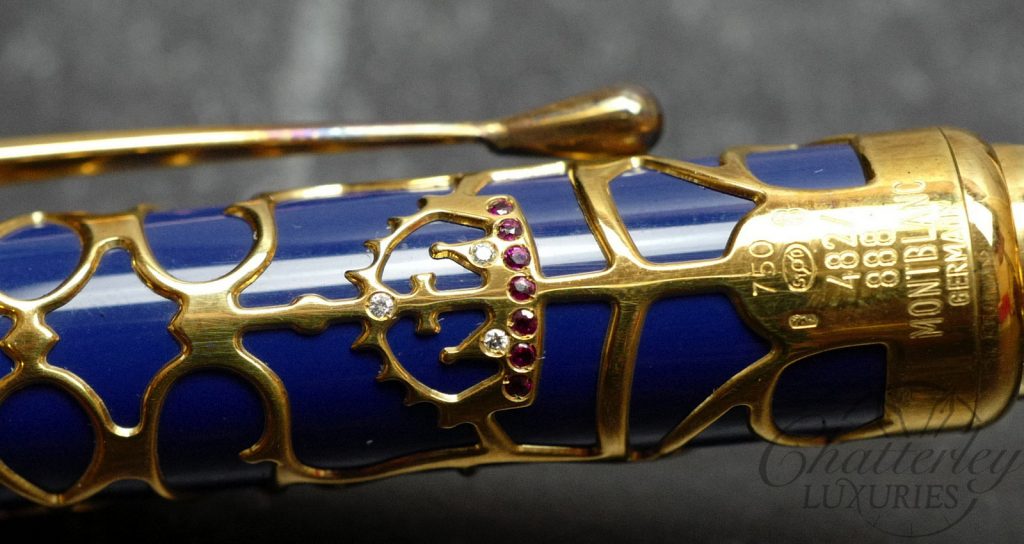 The Patron of Art Edition The Prince Regent pays tribute to this British king and patron of the arts with a pen of truly regal appearance. A fascinating fretwork pattern winds over the deep blue precious resin barrel of the pen and in Edition 888 it is made of 750 solid gold.

In Edition 888 the crown is decorated by seven rubies and three diamonds. The nib, made of 18-karat gold, is decorated with a fine engraving of this insignia of the British monarchy in the Regency period.

Despite various periods of turmoil during his reign, King George IV of Britain, with his appreciation for the fine arts, managed to shape British culture to his taste. His influence is still visible today. Because of the monarch’s penchant for culture, art forms from the period of his reign are known as those of the “Regency Period”.