This is a matching set of 3 pens. All numbered #15 of the Limited Edition.

The Roma 2000 millennium series is composed of three writing instruments dedicated respectively to the first, second and third millenniums with the purpose of representing, through some symbolic elements, the history of Mankind (first and second millenniums) and the astronomical symbols like the sun, the moon and the stars (third millennium).  They represent the mysteries of the Universe that Omas believes Man may revere in the future.

A common design element of the I-II-III Millennium is a twisting motif (one for the first, two for the second and three for the third millennium) linked by other symbolic elements for both technical and aesthetic purposes.

The first pen portrays a Compass, the Amanuenses (the monks who during the barbarian invasions in Italy save the culture, by writing the avenging text on wonderfully decorated books), a Viking boat, the Castle of Matilde di Canossa (symbolizing the Middle Age), and the Crowning of Carlo Magno.

The second pen portrays the Crusades, Leonardo da Vinci, Christopher Columbus and his ships, the vapor locomotive, radio antenna, the nuclear energy formula and a missile representing the Space Era.

All three pens are made of blue vegetal resin with sterling silver overlay.  A blue lapis-lazuli  stone is set in the top of each cap.  The 18k gold clip is designed as a symbol of the third millennium.  The 18k gold nibs with rhodium-plating and iridium tip details are available with Medium nib grades.  These pens employ a piston filling system.

And three pens come with their original boxes and paperwork.  These pens are brand new, but because age, some of the outer boxes show wear. 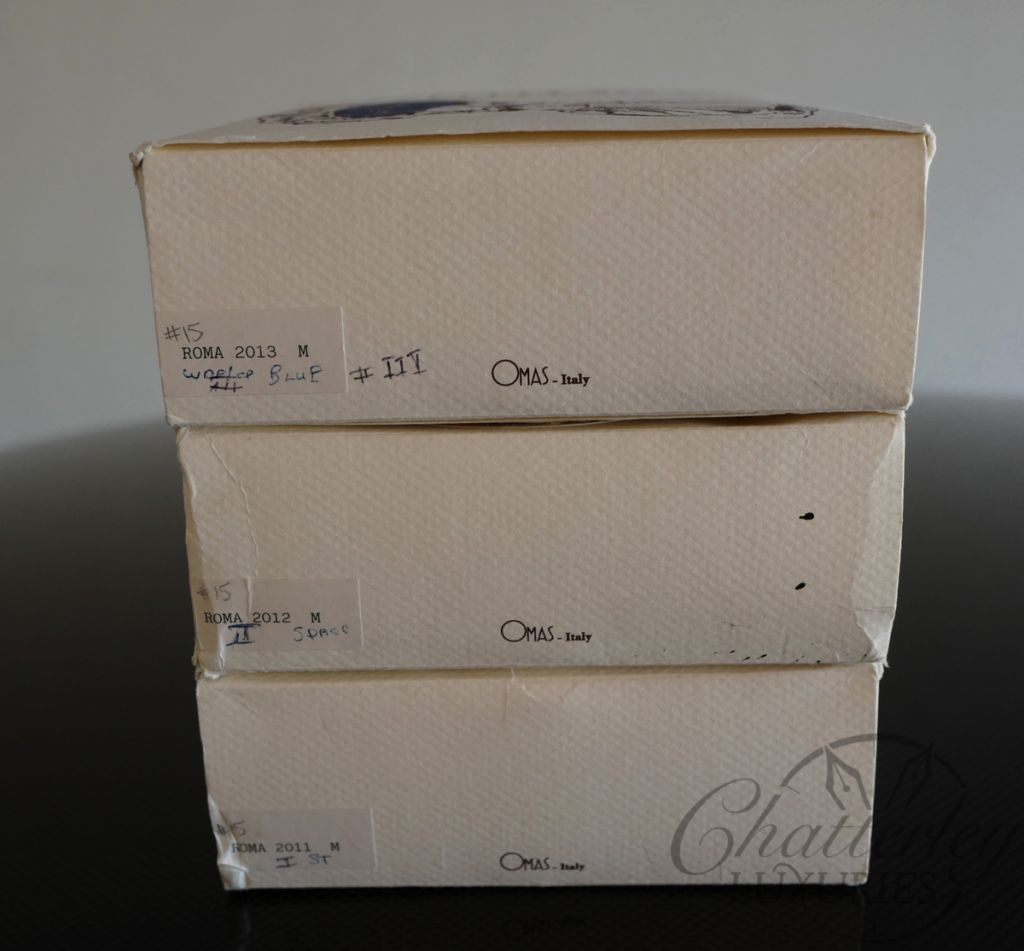 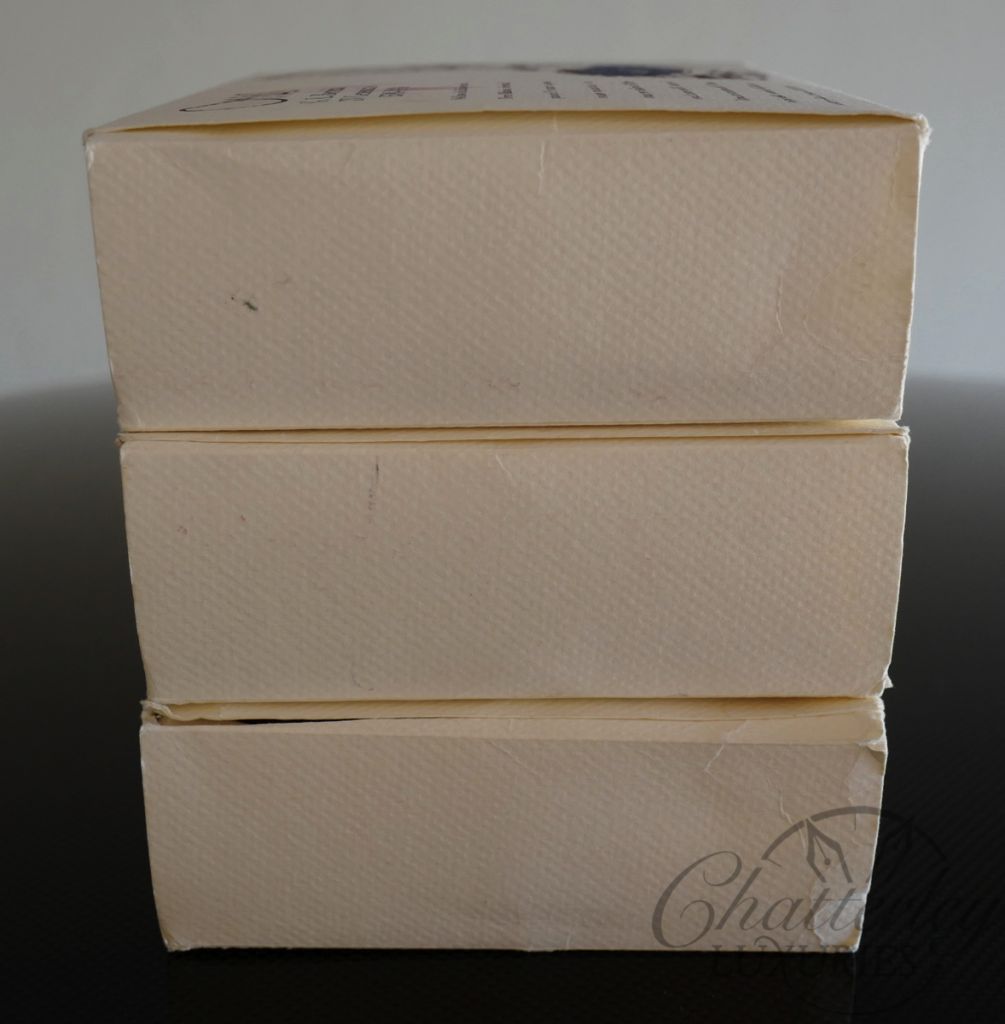 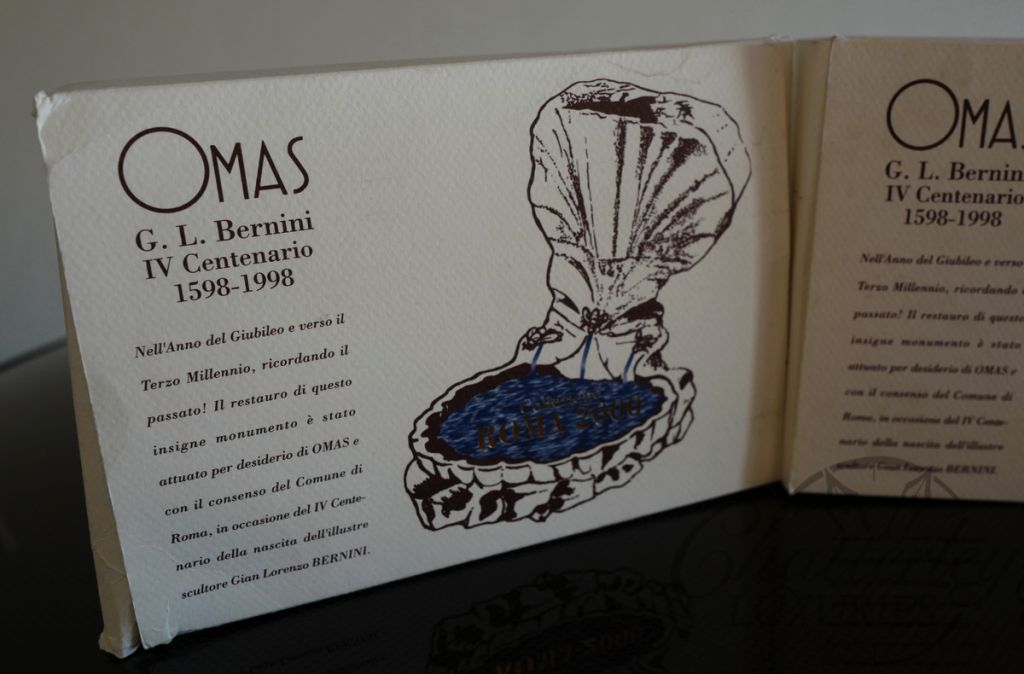 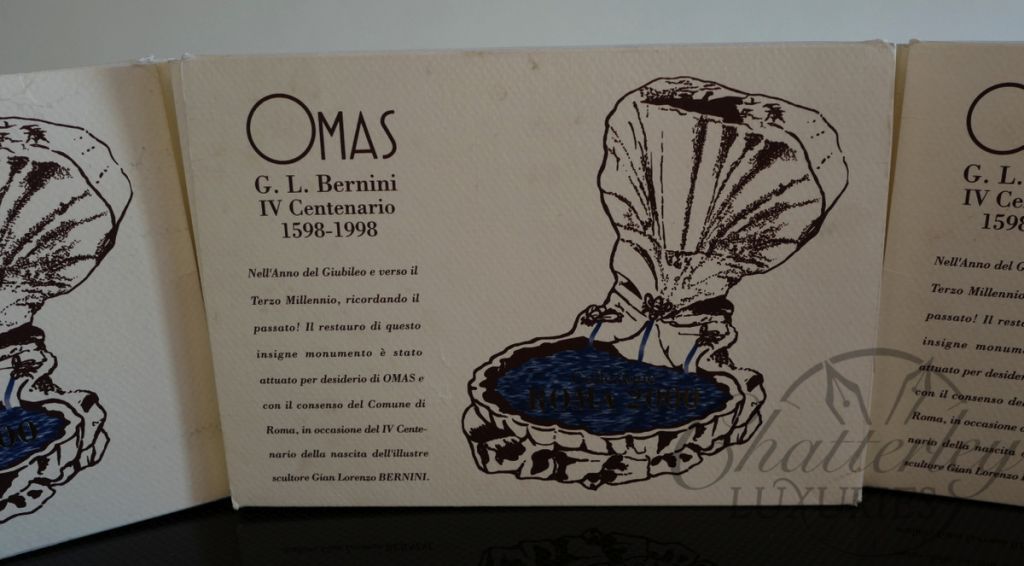 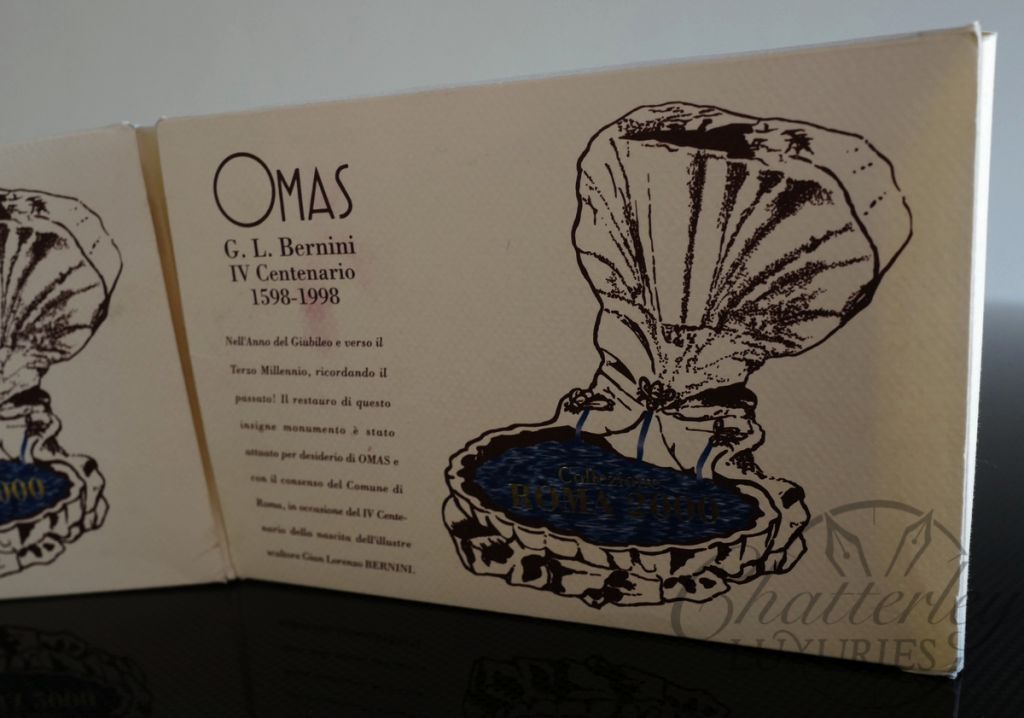 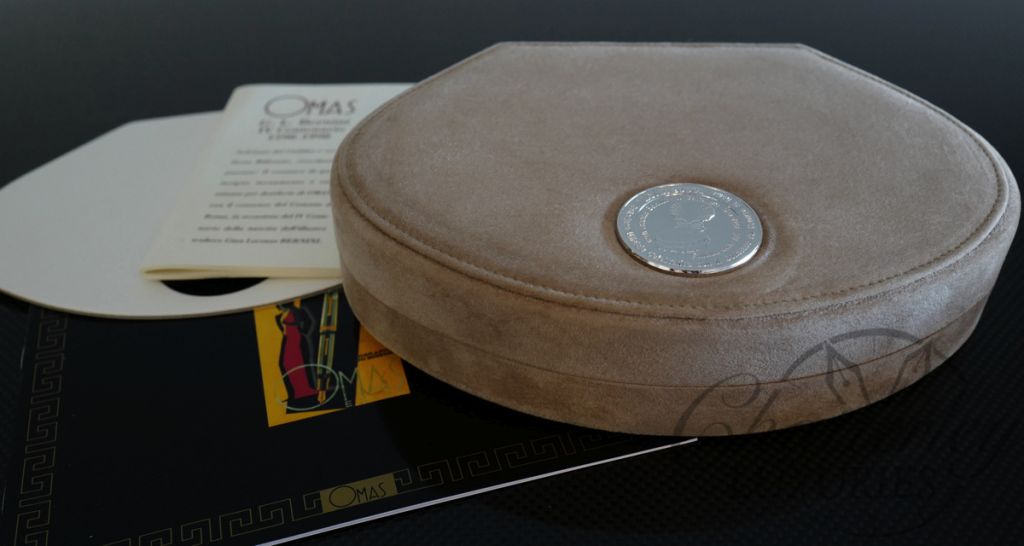 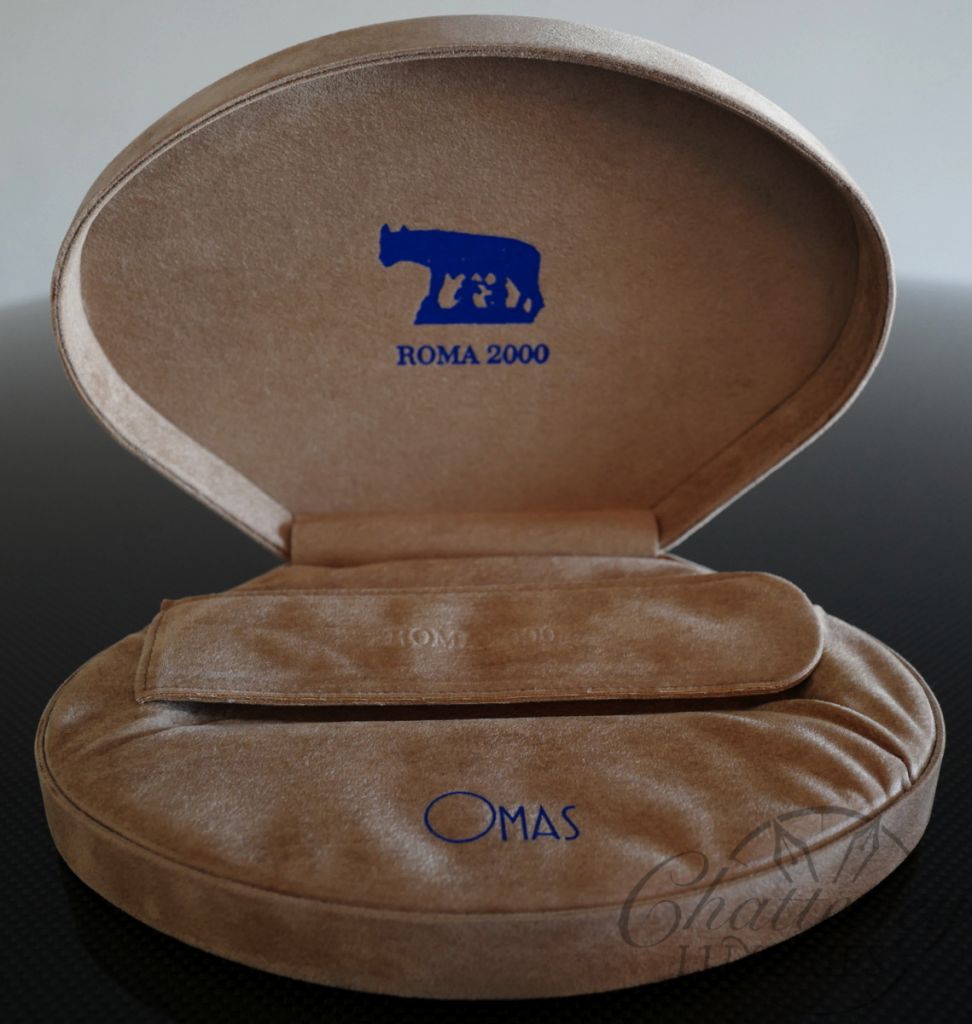 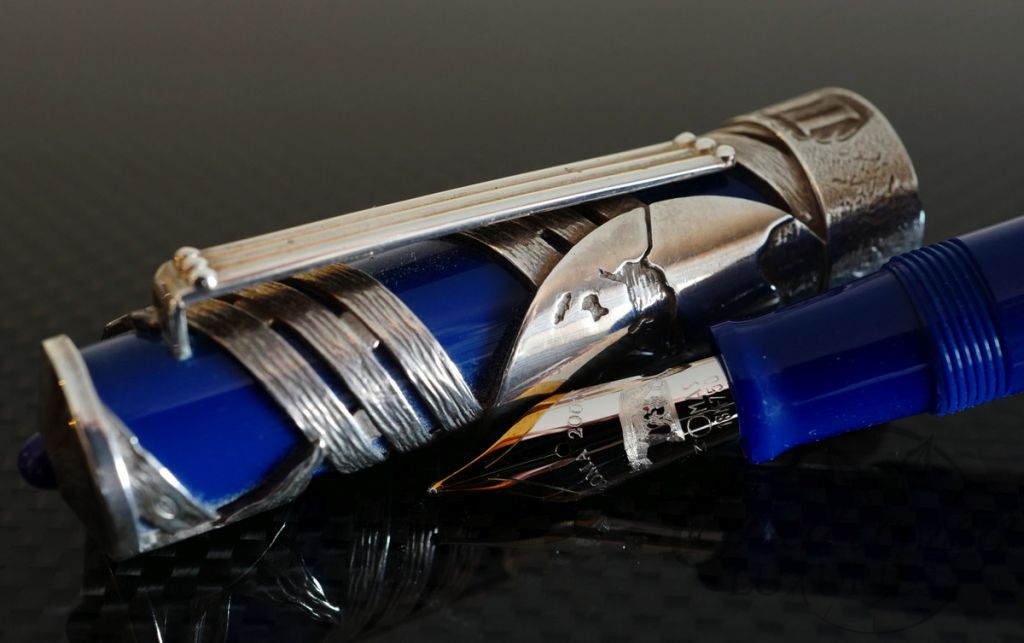 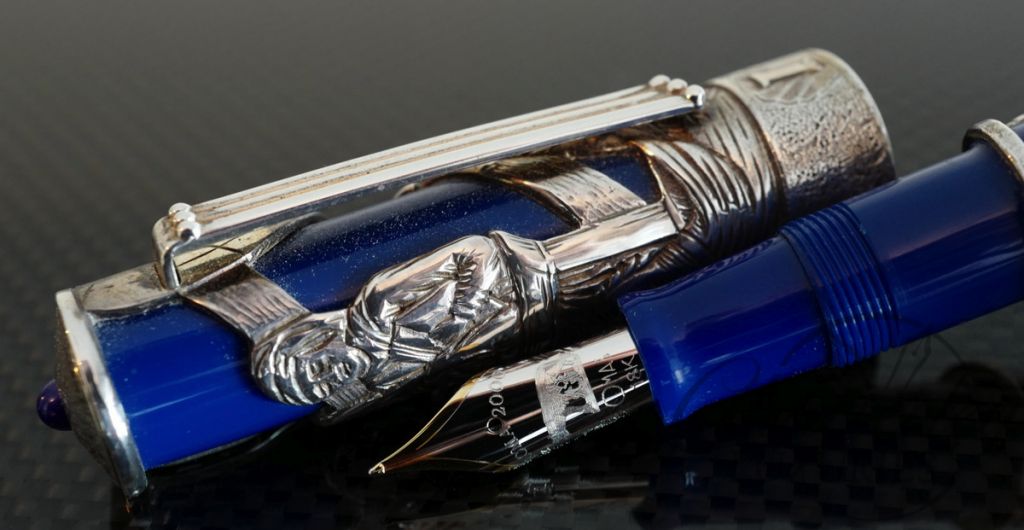 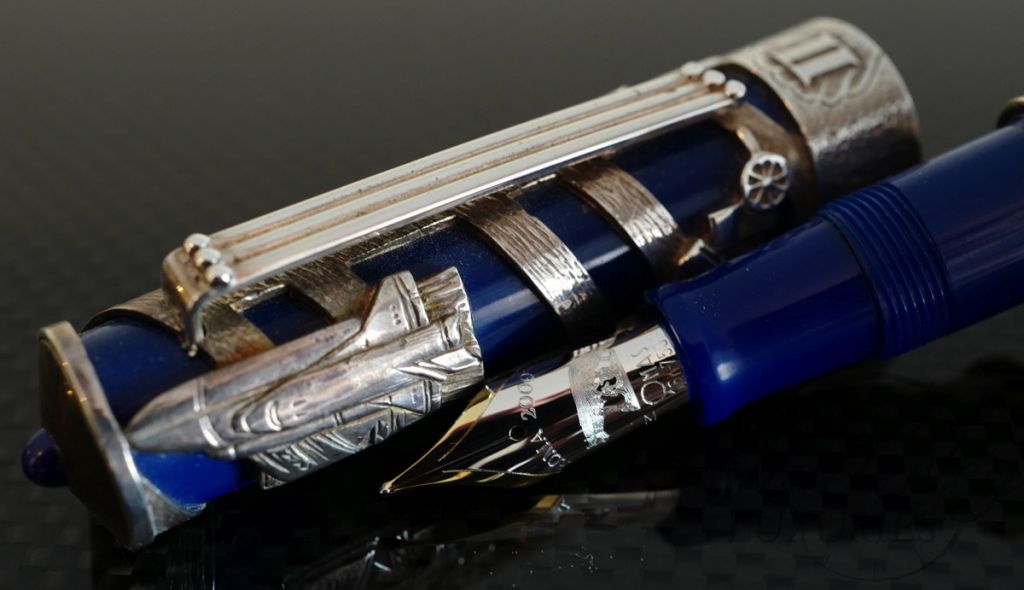 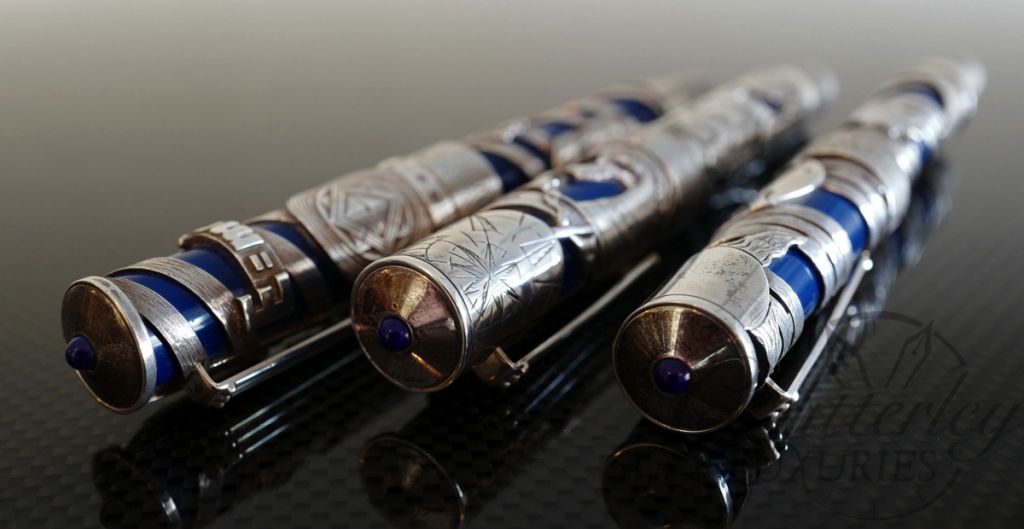