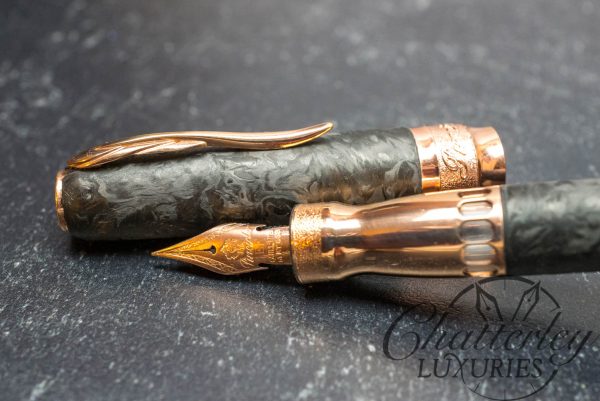 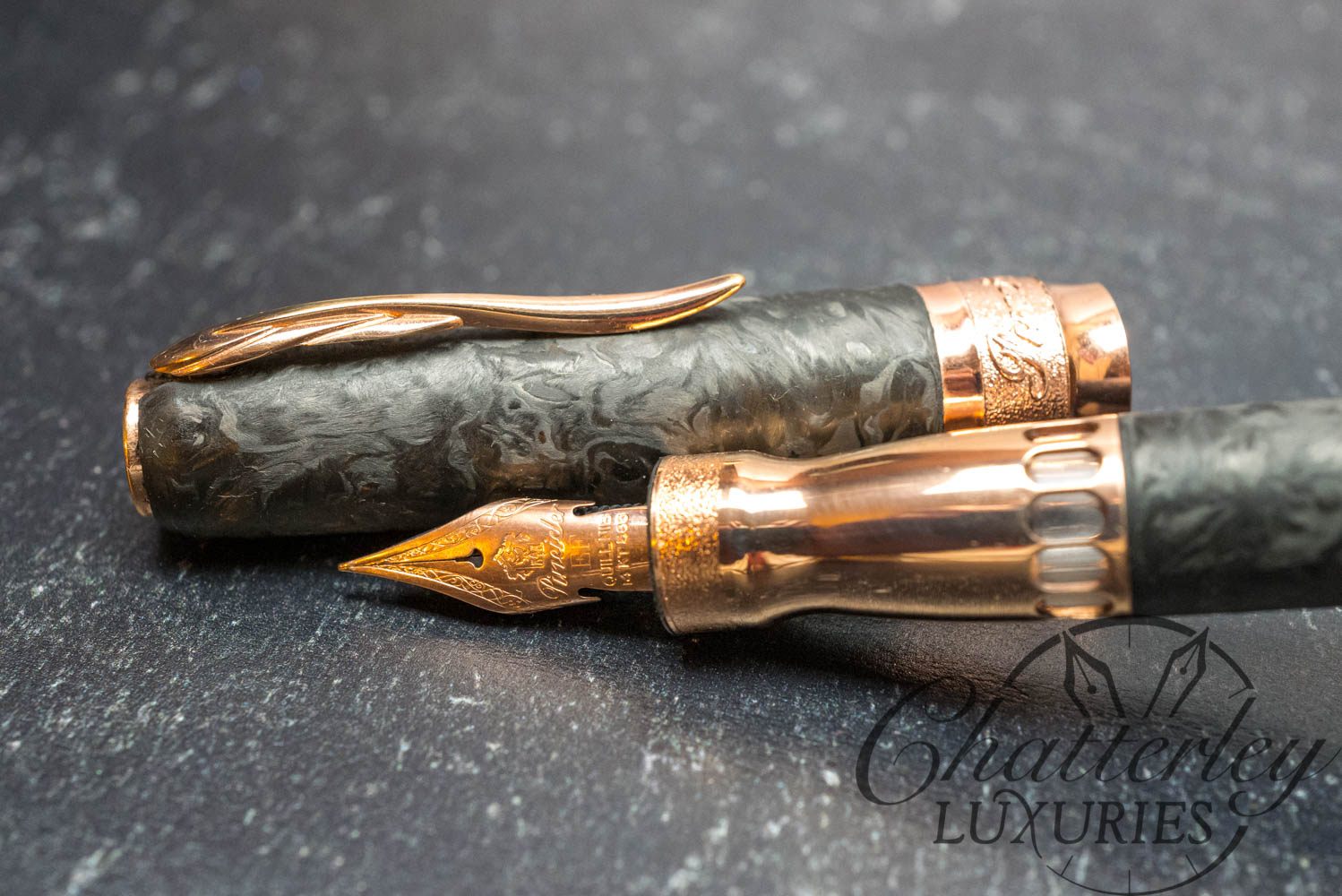 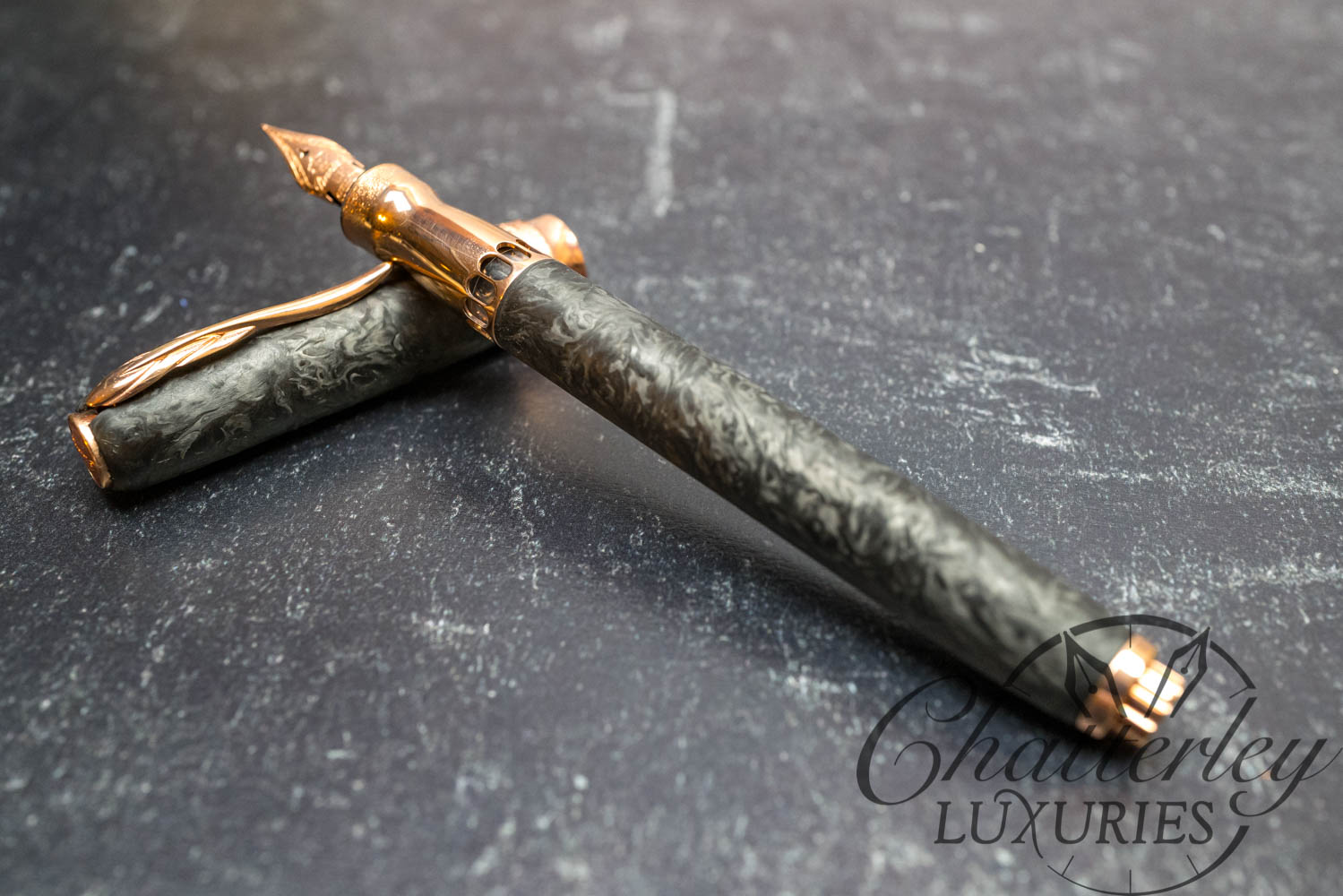 Forged composite material forgoes weaving, using casually arranged fibres mixed with resin instead, which it forms in a heated press at high pressure. The resulting compound is strong in every direction without the additional cost or complexity of having to add more than one layer of material the way you need to do with woven carbon fibres. If an indiscriminate composition of fibres gives you cause for concern regarding its reliability, relax: a large part of the work in developing Forged Composite material has involved making sure that the end product is extremely strong.  A further aesthetic bonus of casual fibres is that every end product is as unique as a snowflake.

The Clip: A Goose Quill